Harbor Light of Reedsport OR

I wanna come back here! 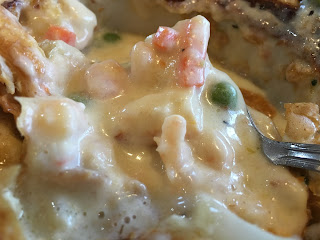 Homemade seafood pot pie from Harbor Light Restaurant in Reedsport.  If you are traveling the Oregon West Coast, this place is a must stop.  It's the kind of restaurant you want down the block from your home.  Only two meals here ... so sad.  For more information about this awesome place, go to harborlightrestaurant.com. 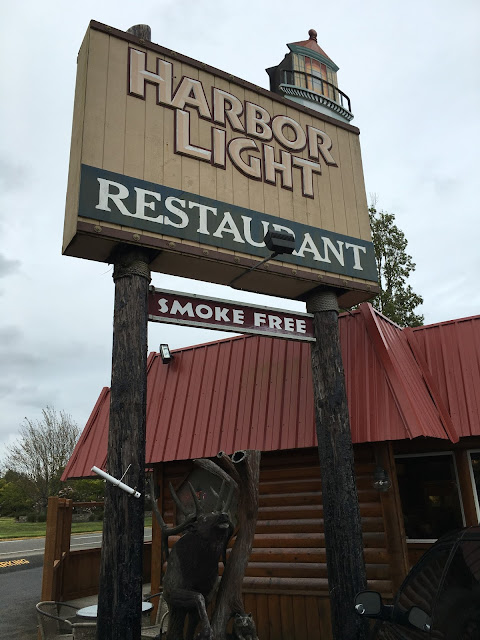 Harbor Light is on US-101, I guess it's a US highway.  It goes along the coast from Washington to California.  It's on the northern part of Reedsport.  The place has about three other interesting restaurants there, but this is the one the hotel people recommended.  The staff runs the place well.  The cooks are given freedom to make specials that they are interested in cooking.  It's obvious that the people there like what they do. 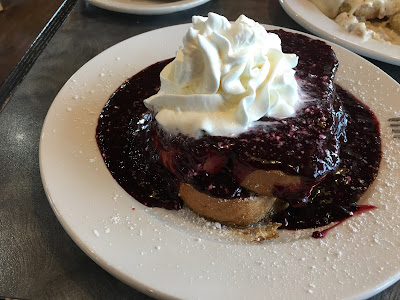 Cream cheese stuffed French toast is common in Oregon breakfast places.  But this one is stuffed with marionberries.  The marionberry was developed at Oregon State University in cooperation with the US Department of Agriculture.  This stuff is so good that it has dominated the blackberry market in Oregon.

I'm on a road trip with my college friend Eric Bouler when we stopped here for breakfast.  I was hoping he would choose something else so I could get this for breakfast, and he did.  Below, Eric is sopping up his toast in what I left on my plate.  "Better than the stuff in the packets," he said.  My guess is that he's right.  This was the best stuffed French toast I have ever ingested. 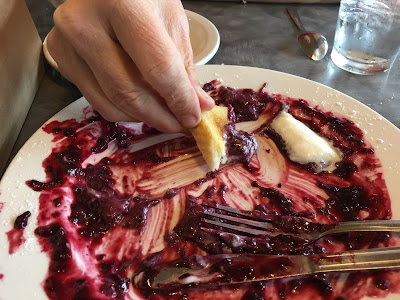 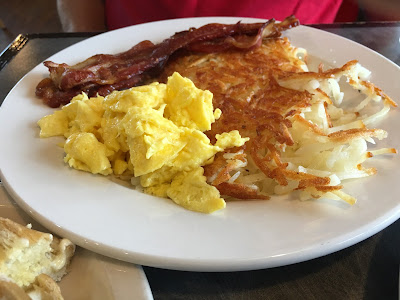 Great Oregon bacon!  Eric enjoyed his food, but he could have ordered something more exciting.  But most of my breakfast partners are that way. 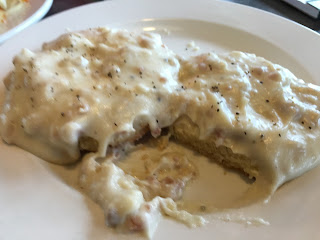 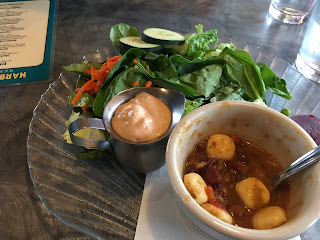 This was spicy, so no Tobasco Sauce went into this soup.  This was the soup de jour, and the cooks are allowed to pick what soup they prepare on a given day. 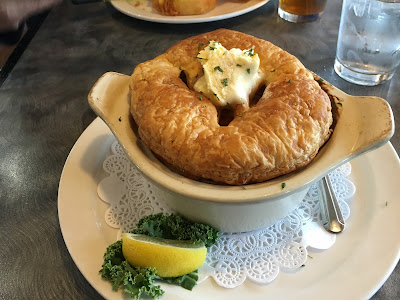 Where else but the Oregon coast, do you get a pot pie with seafood in it.  They also have a chicken pot pie, but why?  Scrumptious!  This dish is rib-sticking scrumptious.  Shrimp, scallops, crab, and whatever.  If I ate here on a regular basis, this would be a favorite of mine. 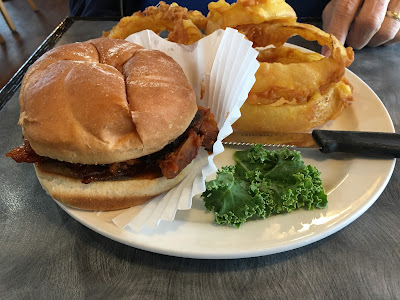 Eric let me taste his pulled pork and gave me an onion ring.  These crisp onion rings were fried in a beer batter.  Fresh onions fried crisp, not greasy ... the perfect onion rings.  This was the best onion ring that I have ever eaten!

The pulled pork was to die for.  Great pork flavor cooked tender in a tasty barbecue sauce that enhanced the flavor and not overwhelmed it.  I just love this place. 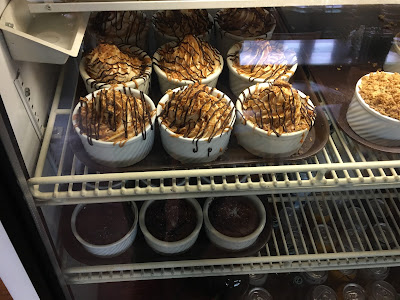 Looks great but I was too full to try any.  Top shelf is the peanut butter pie and the bottom shelf is the chocolate pie. 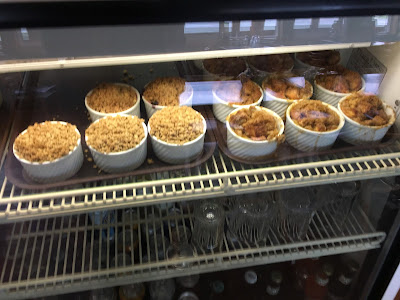 Above are several cobblers.  I think one of them is marionberry. 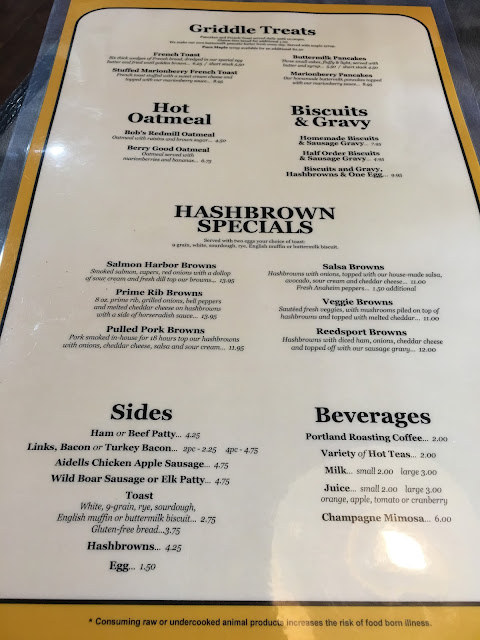 Skip the hot oatmeal.  You can get that stuff at home.  Look at the hashbrown specials: salmon browns, prime-rib browns, pulled-pork browns! 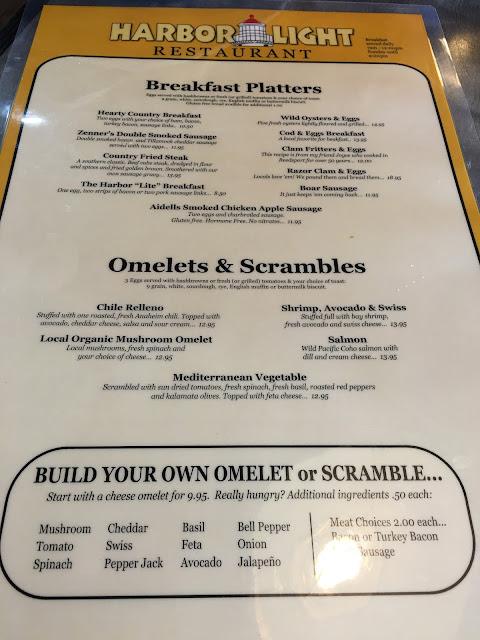 Look at those omelets: chile-relleno omelet and shrimp-avocado-swiss omelet!  And that's just some of the stuff they have here for breakfast.

I wish I had more to show you, but I was only at Harbor Light for two meals.

Email ThisBlogThis!Share to TwitterShare to FacebookShare to Pinterest
Labels: breakfast and more, Harbor Light of Reedsport OR