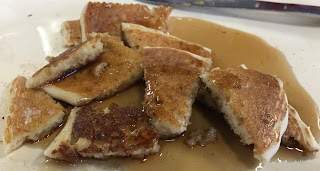 Pancakes are what Betsy's known for.  Not too thick, and not to thin.  Just right for most people. 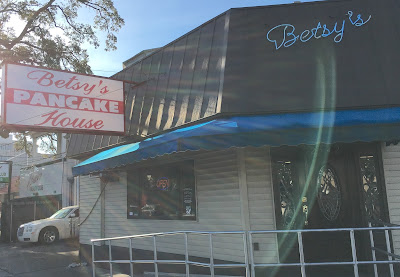 Betsy's Pancake is located on Canal Street almost to the business district, just a few blocks past Broad Street on the right when heading into town.

By the way, you need to learn some basic NOLA jargon to get around this city: Canal Street is called Canal.  West on Canal is to the cemeteries, not west.  East on Canal is to the river (Mississippi), not east.  Downtown is to the right of Canal and uptown is to the left.  And that grassy area in the middle of the cemetary-bound and river-bound lanes of Canal is called the neutral ground.   (Neutral ground apparently goes back to a physical separation between feuding ethnicities in the old days of NOLA.) 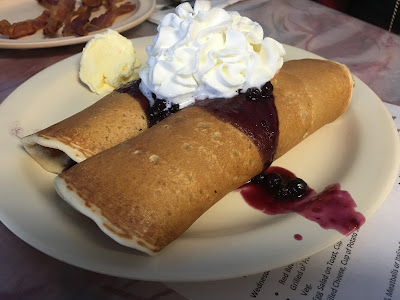 The only problem with the blueberry pancakes is that they don't give you enough sauce.  There should be a dipping bowl of this awesome sauce on the side.  My girlfriend Jewell ordered this one and shared one taste with me. 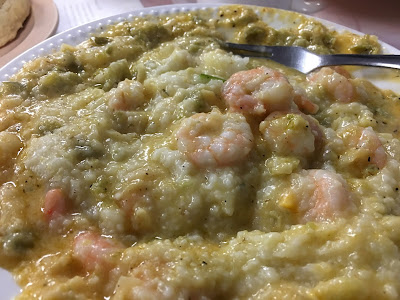 This is Betsy's NOLA specialty: shrimp and grits.  It's buried on the menu.  Don't look for it, just ask for it.  This was my first dish there, and since I'm a blogger, I don't get to go back to that dish until this restaurant is posted. 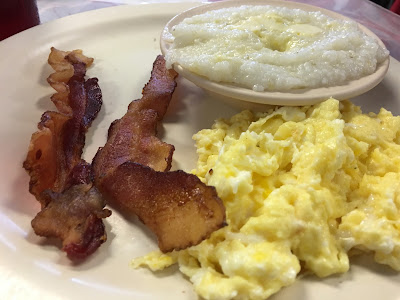 My friend Eric ordered this dish.  Glad he did since I don't usually order scrambled eggs.  Look at the grits, thick and creamy.  Their grits pass the pepper test. 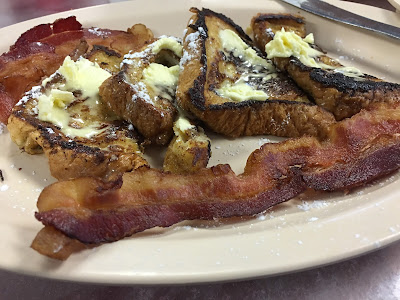 French toast and bacon or sausage is always a favorite of mine.  Since I had already had both their pan and link sausages, I ordered bacon with the French toast. 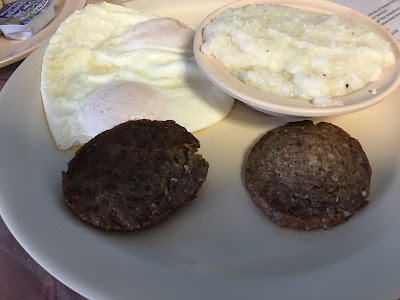 Here's another variation of the egg breakfast, this time with sausage paddies. 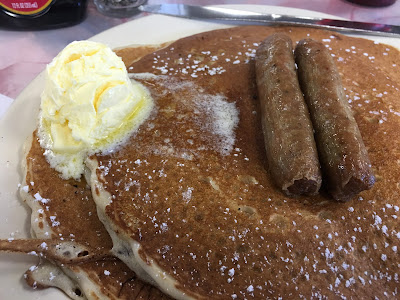 I just love their pancakes, but two sausage links weren't enough, so I ordered a side of sausage links and it came with four.  So I had to suffer through six links with my pancakes.  Don't you just feel sorry for me. 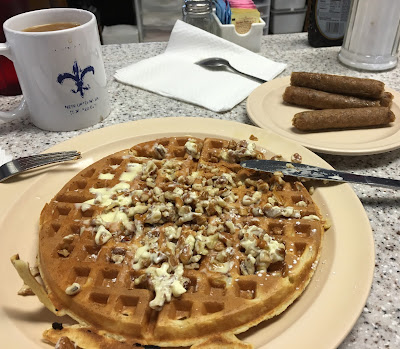 If you like crunchy with soft, this is the dish for you.  Afterthought: I should have had the syrup with the pecans.  But I did order a side of sausage and it was so good. 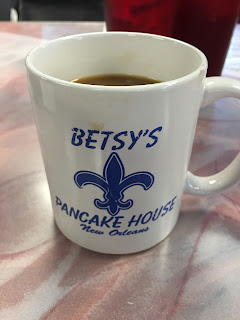 Nice thick New Orleans coffee here at Betsy's.  Great food and great coffee.
Posted by Unknown at 8:24 AM No comments: