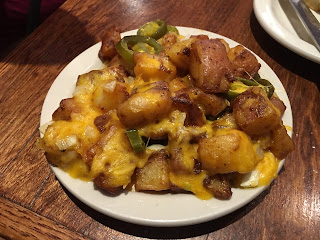 Right is Frank's Mexican Hash Browns, loaded with cheese and jalapenos.  This is one of their large side dishes.  On my bucket list is to order their Mexican Hash Browns Supreme which comes with ground beef, onions, jalapenos, chili, and cheese.  It doesn't get any better than that.


Below is one of Frank's perfectly baked biscuits.  You can get an order of six as an appetizer to munch on while you wait for your order. 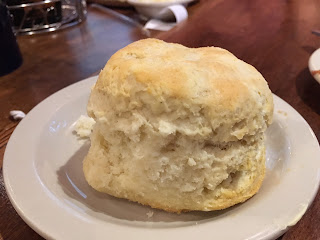 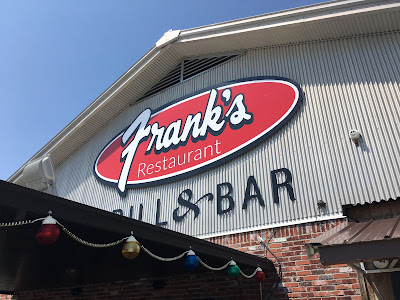 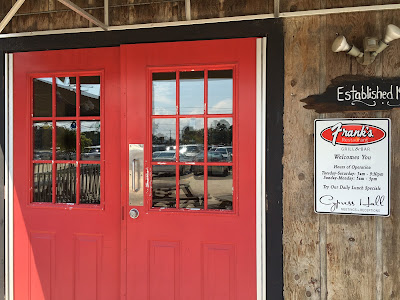 I discovered Frank's for lunch in the northern location about 25 years ago when I lived in Baton Rouge.  My niece Candace recently hooked me up with the new location where I discovered breakfast.  Below is only a sampling of the great dishes they serve for breakfast. 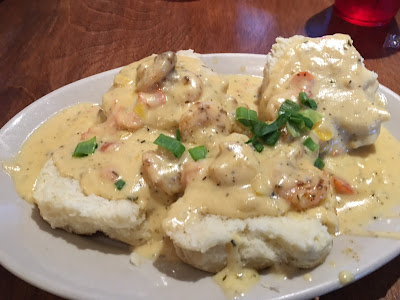 Wow!  All I can say is wow.  The shrimp is seasoned and grilled.  Then it is served on top of Frank's great biscuits with a New Orleans hollandaise sauce. 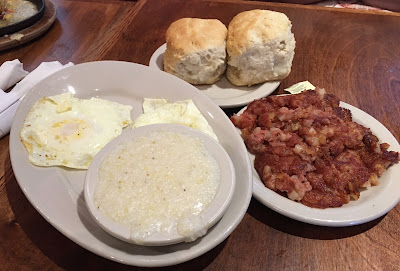 My daughter Michelle ordered this basic egg plate.  Tasting corned-beef hash was an OMG moment.  This stuff was heavenly.  The hash comes with grits and choice of eggs.  I would have ordered scrambled eggs to eat with the hash, but then I wouldn't of had anything to mix with the grits. 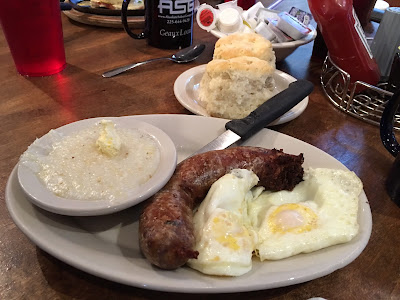 There are several basic egg dishes like bacon and eggs or sausage and eggs (boring), but why when you're at Frank's.  Here my son Adam ordered boudin sausage and eggs.  For the more daring, there is alligator sausage. 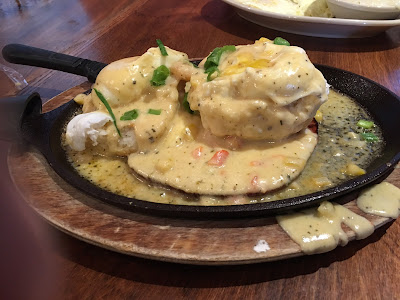 What makes these benies different than ordinary Eggs Benedict is the hollandaise sauce ... it's spiced up with Cajun flavorings.  Eggs are prepared to your choice and are served on a slab of smoked ham and on of Frank's famous biscuits.  This dish comes with a side of creamy grits.  Save some of the sauce to put on your grits.  My son-in-law Derick ordered this dish. 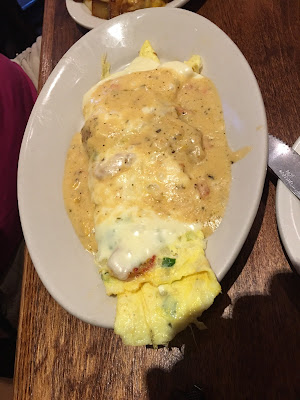 The Seafood Grand is stuffed with shrimp, crawfish, bell pepper, onions, and Swiss cheese.  This omelet is topped with their Cajun hollandaise sauce.  You can also get the omelet with just shrimp or just crawfish.  My daughter ordered this one on the second day we came. 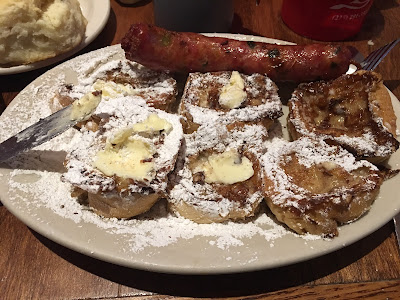 Frank's has regular French toast and stuffed French toast.  But when I'm in Louisiana, I want my French toast on French bread ... that's New Orleans style.  For a side, I ordered a link of their good green onion sausage.

There was something special about this dish, but I couldn't put my finger on it.  Thanks to my brother and daughter for teasing out the secret ingredient in the French toast ... a hint of nutmeg. 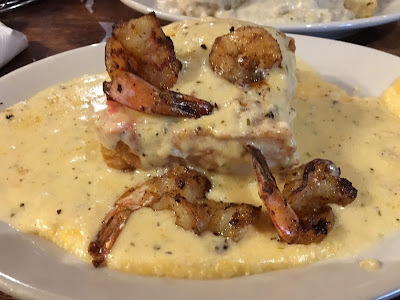 I can't describe how good this dish was.  I ordered this on my third trip.  This is a filling appetizer with grilled shrimp and a New Orleans sauce layered of a biscuit half.  I saved the leftover sauce to go on scrambled eggs the next morning. 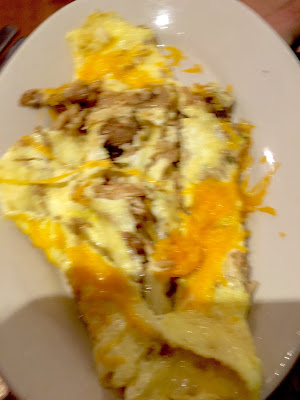 This omelet has all of the stuff in a jambalaya except the rice: chicken and sausage.  My brother Joe ordered this one.  He also ordered the six biscuit appetizer.  We didn't want him to overeat, so we shared his appetizer. 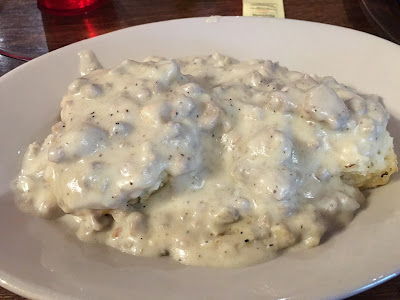 Looks like there's more sausage than biscuit, and that's a good thing.  This is one of their many biscuit dishes.  Frank's also serves grilled cheese biscuits and fruit stuffed biscuits. 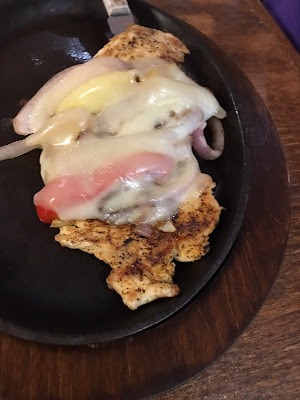 This dish comes with eggs, but my niece doesn't eat eggs.  So she gave them to me to eat the following day with the sauce from the shrimp-n-grits.  The grilled chicken breast is topped with tri-color bell peppers, onions, and provolence cheese.  She ate that dish with the Mexican hash browns. 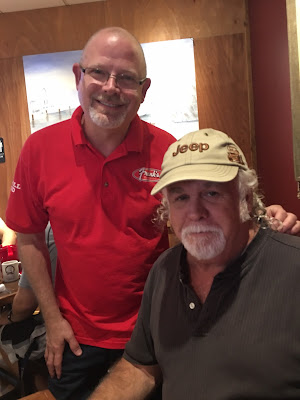 Frank's is a family run business and here is one of the Franks.  They have been in the business for over 45 years in Baton Rouge.  So my guess is that this Frank was just a kid when it was started. 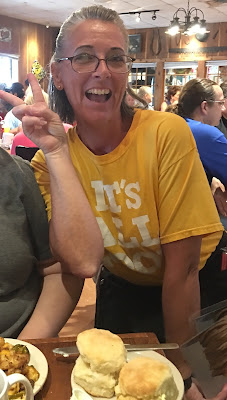 Sherry claimed the title of being our favorite waitress.  If this place wasn't so busy, I would have asked for her the next time we came.  But it was a Sunday.  Thanks Sherry for getting Frank to take a picture with me.