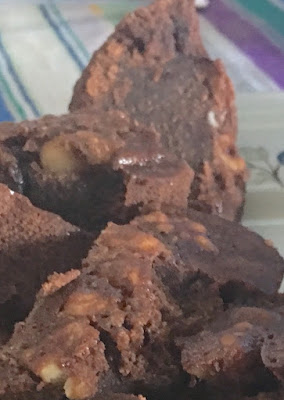 Thanks to my Cousin BJ, I was able to spend ten days in paradise on the Isle of Cochino Grande off of Mainland Honduras, south of Roata'n.  His cook, Flauta, kept us fed with three meals a day and dessert on most evenings.  Some how I lost weight.  Above is a close up of her brownies. 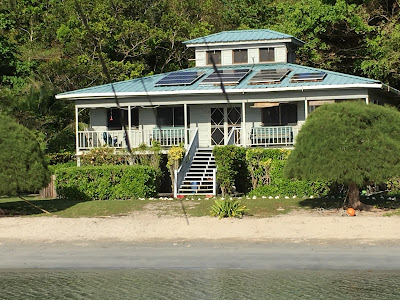 Here is where I stayed for a much needed laid back vacation.  Without internet, I was able to flesh out most of my western mystery, Slaughter at Sorrel Creek.  The work, under my author name Mick Lang, should be completed and ready for publication on Amazon in August. 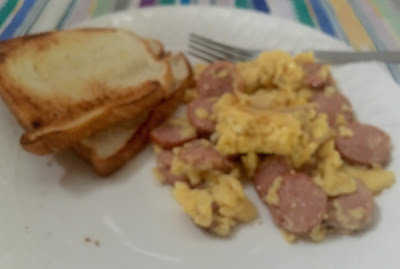 BJ can find a great cook, but he can't buy groceries.  I had to make a second run for sausage, ham, cheese, and wheat bread.  Best sausage available at the Walmart on mainland Honduras was Butterball Turkey Sausage.  It worked for breakfast. 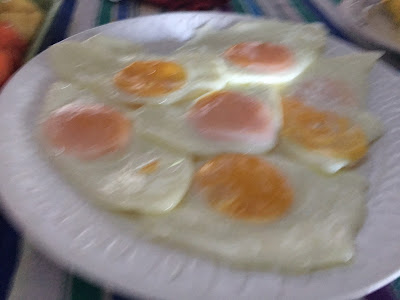 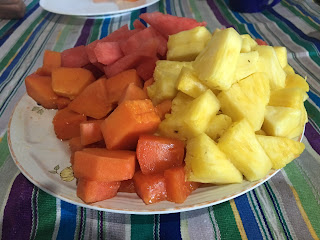 You have to visit the tropics in either South America or Central America to experience great fruit.  You know me by now, I generally post greasy food and not fruits.  But the flavors of mangos, papaya, and pineapple are so great here.  As in the custom of the tropics, Flauta squeezed a juice orange over the fruit. 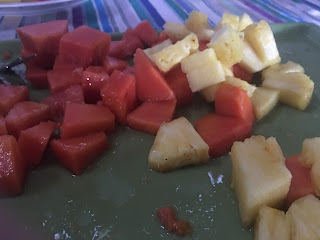 Generally, I eat the fruit for dessert while my friends pile up on it with their main meal. 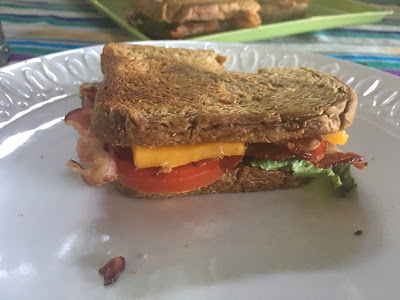 We had BLT with cheese (the cheese I bought) twice.  The first time with these awesome avocados from Honduras.  The second time, later in our trip, we had run out of avocados 😩. 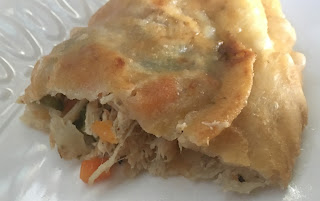 Some countries call these empanadas.  Great little meat pies stuffed with chicken, diced potatoes, and seasoning veggies.  Next time I come, I want Flauta to make pasteles with guava and cream cheese for dessert. 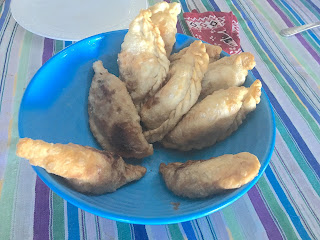 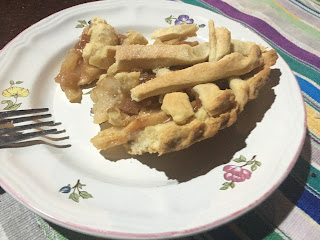 BJ bought tons of apples and we weren't eating them.  So Flauta made apple pie for us on the last night.  Since only three of us were left there, we had the leftovers for breakfast the next day.  The apple slices were marinated in limes before the pie was baked.  Talk about change the flavor. 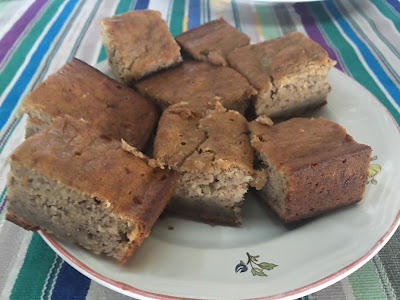 In Honduras, bananas are sold fresh, not green.  So after the first day, the bananas had to be used in baking.  So we had banana bread instead.  Life is good. 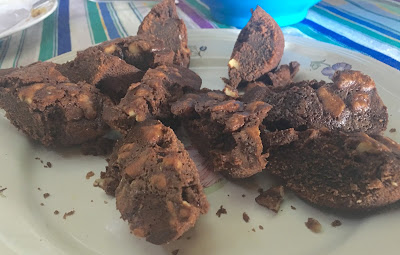 These brownies look like chunks of chocolate and taste that good as well.  I suffer from acid reflux so reluctantly I ate only a couple of pieces of this masterpiece.  Had to limit my pineapple intake as well. 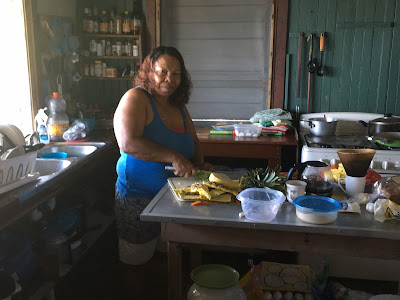 Dining Out at a Resort: 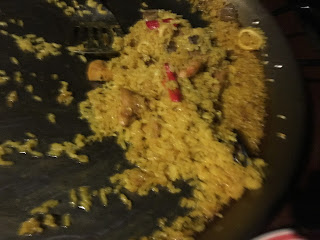 We ate dinner out on night at a neighboring resort.  Paella was served.  They custom made a pot for our group of eight.  The paella had shrimp, calamari, chicken, and pork.  The owner of the resort was from Spain and thereby picky about the quality of paella he served. 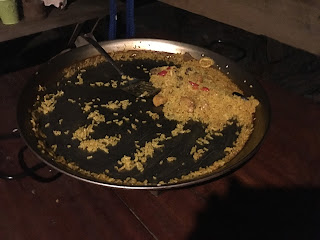 Leftovers after we attacked the paella pan. 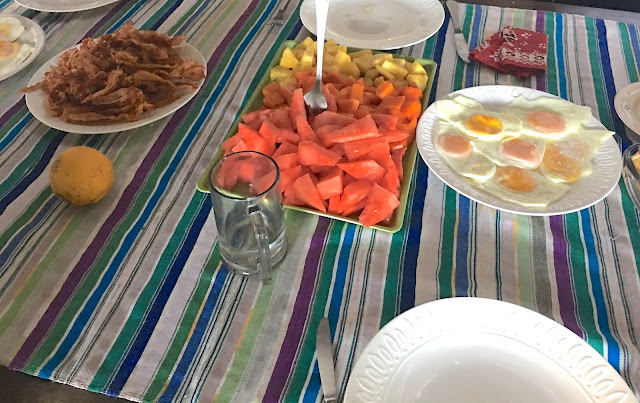 Bacon, eggs, fresh fruit.  Great feast with friends.  Thanks, Cousin BJ, for a great feed on an awesome vacation.  In addition to toast, Flauta made her own flour tortillas.