Cinnamon Rolls -- How to Make Them! 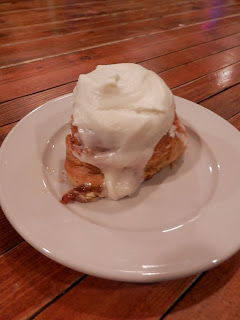 The Loft Coffee House in Bulverde, Texas, uses too much icing on their cinnamon rolls even for Texas … and that's a good thing.  Here is how former Loft manager Jenny Rudd made them. 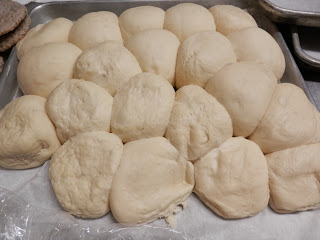 If you are not a baker or one who loves to bake, go to Sam's or Costco's to get dough already to go.  They're usually sold in frozen balls.   Most of us don't have the time and many of us the talent to kneed dough. 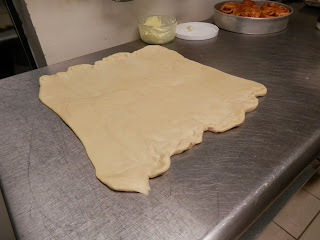 Roll out the dough.  At home, granite counter tops or a marble cutting board works well, otherwise be ready to snow your surface with flour. 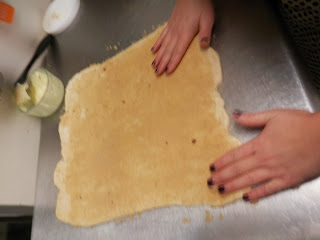 Cover with brown sugar (which goes well in good coffee as well). 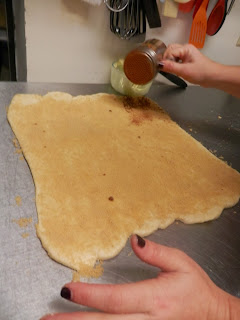 And now the cinnamon, the primary ingredient after dough. 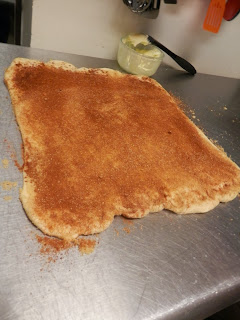 Finally, add unrefined sugar.  Here's what it looks like after the seasoning. 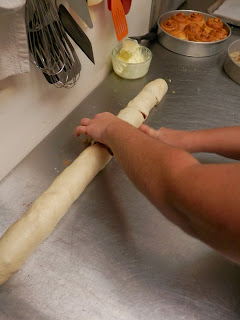 Roll the dough and cut it into three inch pieces. 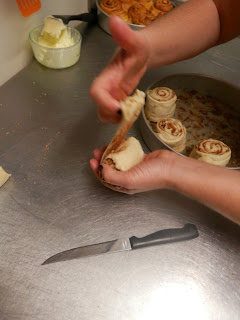 Tighten the rolls and put in the baking pan. 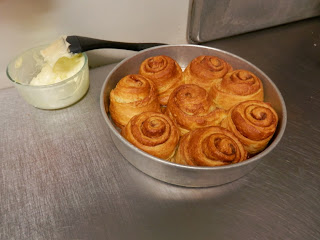 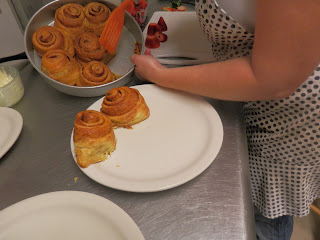 Let the rolls cool in the pan for five minutes and then pop out of the pan with a spatular. 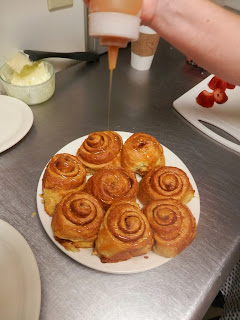 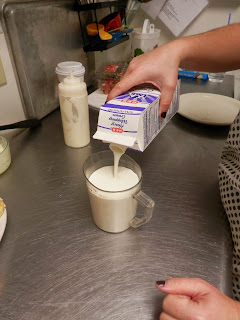 For the icing, start with two cups of heavy cream.   If you have some add one and a half tablespoons of that yummy Mexican vanilla extract. 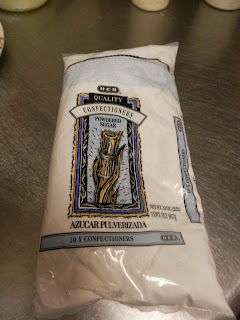 Add the entire one-pound bag of powdered sugar, or as we from New Orleans say, suggah.  Yes, the entire bag. 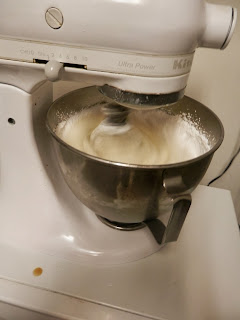 Beat the crap out of it.  In baking terms, that means beat until fluffy. 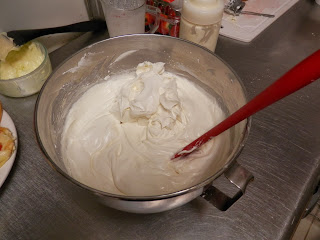 Forget about the rolls, just give me a spoon! 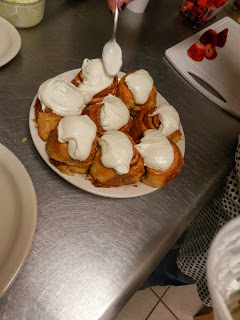 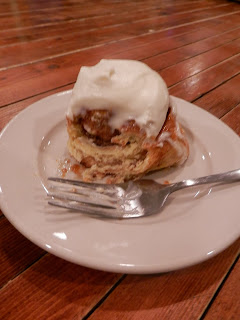 Thanks, Jenny for the cooking lesson.  Missing you at the loft.  Have fun in your new life.

Posted by Unknown at 1:02 PM No comments: