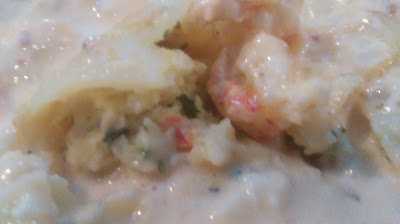 Look at that crawfish sauce!  Only in the New Orleans area.  Parran's is not just about po-boys.  It specializes in Creole and Italian foods.  Parran, by the way, means godfather. 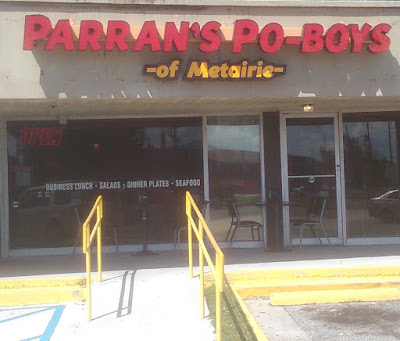 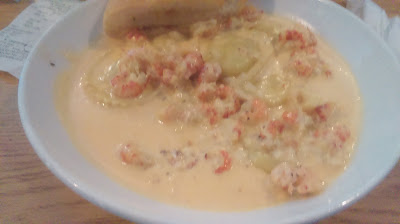 I met my high-school buddies there so I have a lot of food to post, but this was the only one I tasted, and it was excellent.  The title speaks for itself.   Celery and onions are cooked into the butter before the flour and cream is added. 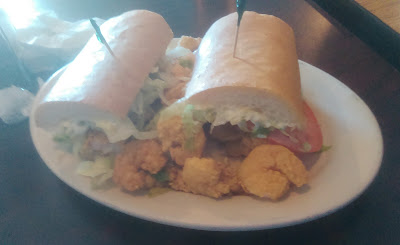 Like most places in Metairie, Parran's uses real French bread for their po-boys.  To those of you who aren't from the area, French bread is a water-based bread and has a flaky crust from baking.  Places that grill their bread are trying to fake a milk-based bread into being flaky.  Not the same. 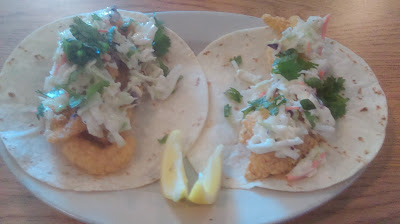 This is a dish that started in Texas but migrated to Louisiana.  Parian's knows how to do seafood. 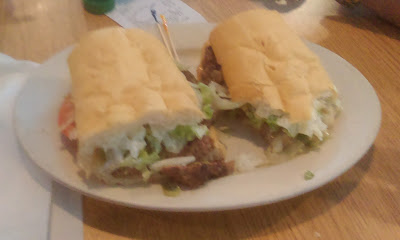 Only in New Orleans, a hamburger on po-boy bread.  Move your buns, the French bread is here. 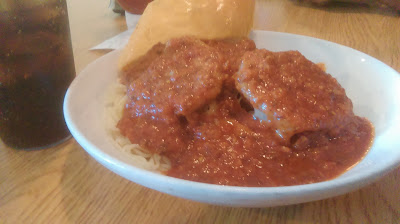 Here is a sample of their Italian fare:  grilled eggplant covered with a tomato sauce served on spaghetti with a side of French bread. 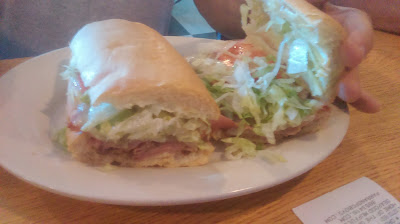 For those of you not from the New Orleans area, this is the only way to have a ham sandwich.  Bye the way, "dressed" means lettuce, tomatoes, pickles, and mayo. 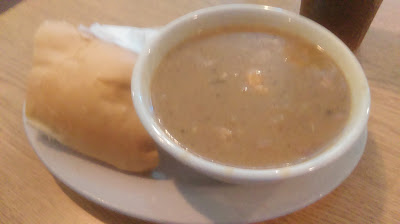 Seafood gumbo with a side of French bread.  There's rice in the bottom of the bowl.  This looks like a shrimp and okra gumbo.  The okra helps thicken the soup. 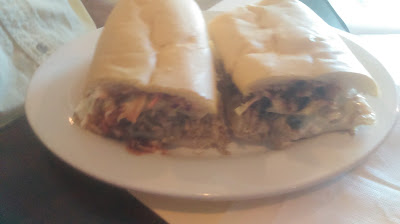 I don't even know what this one is.  And none of my friends who I had lunch with remember.  But it sure looks good. 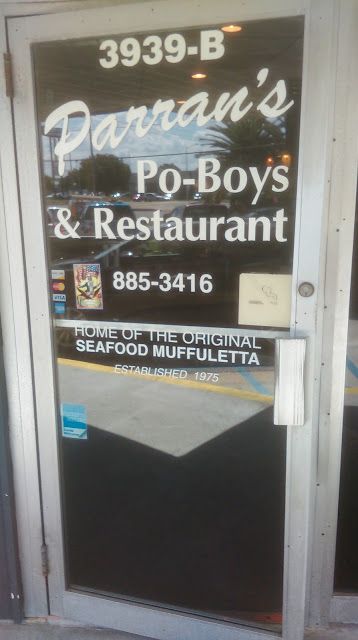 Oh, did I say, you can get a seafood muffuletta there?

Posted by Unknown at 9:19 AM No comments: