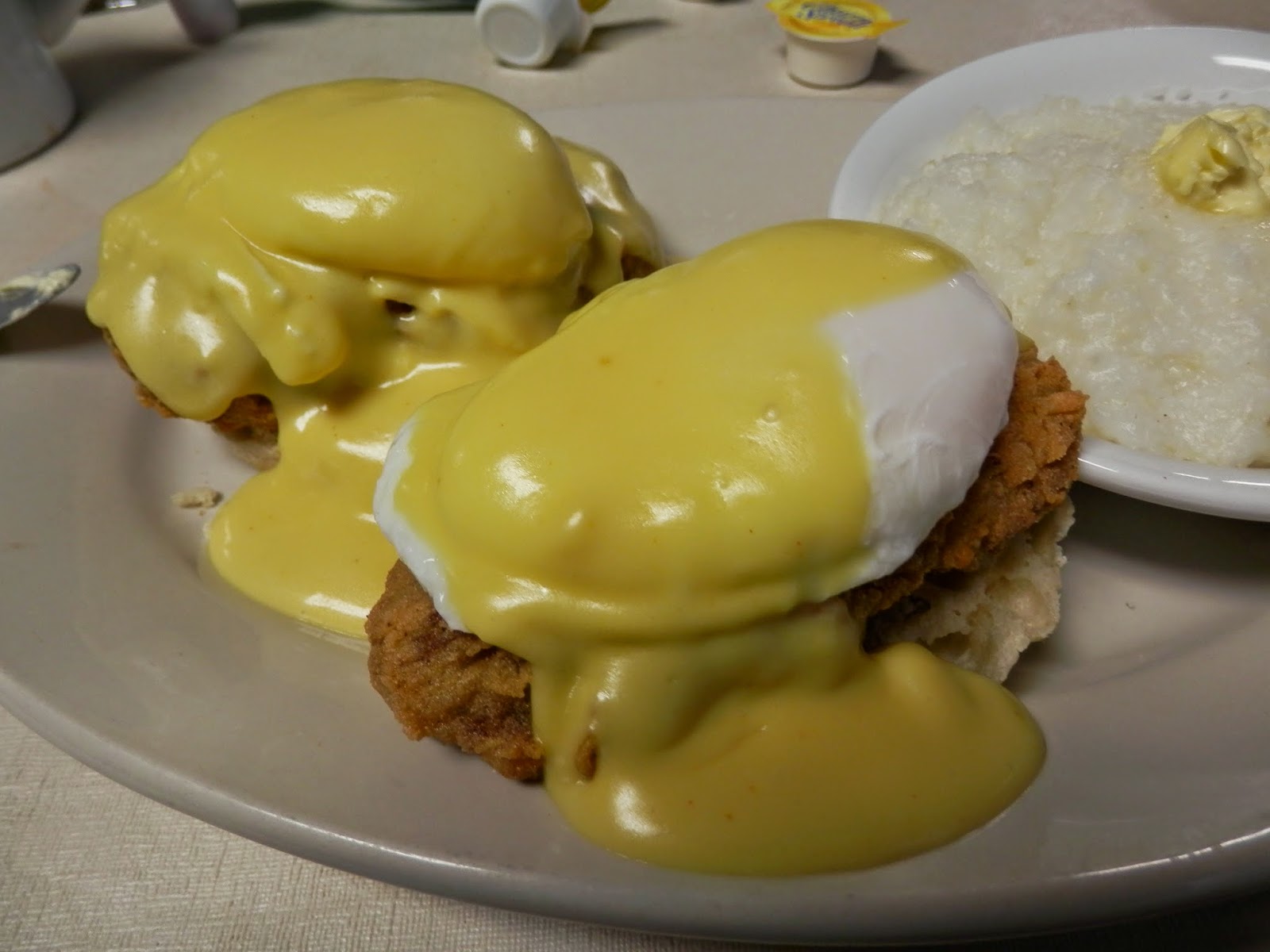 Known for breakfast, lunch and dinner seven days a week, this restaurant is primarily a neighborhood haunt found by my cousin Pete's brother-in-law on a bet that he could find a mom-n-pop place for breakfast in Metairie in less than 30 minutes.  He did and Pete lost the bet.  But the food was so good that Pete quickly got over the loss and ultimately put me on to this fine food find. 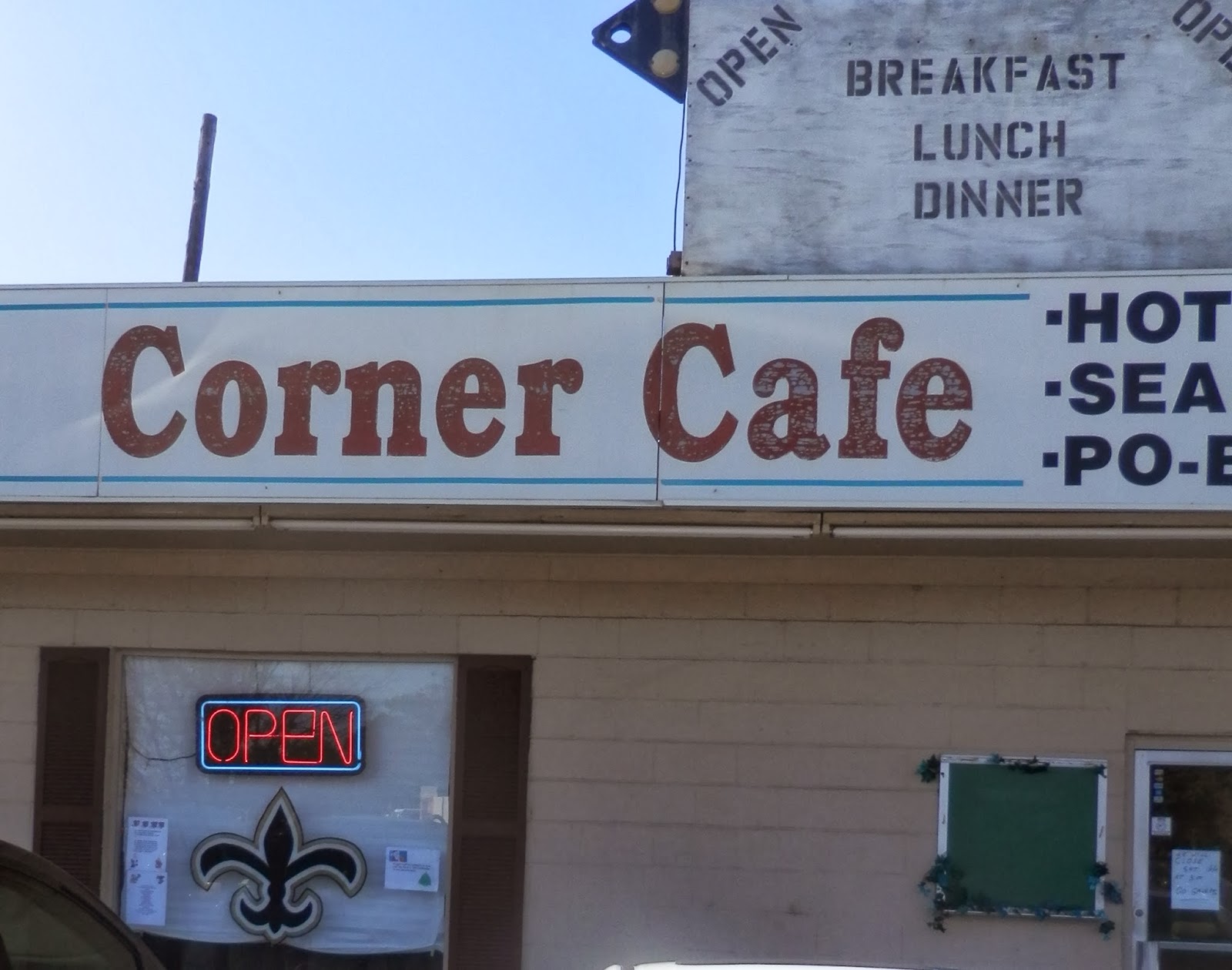 The Corner Cafe is hiding on Green Acres Road just a block off of Veterans Hwy in Metairie, Louisiana, a large unincorporated area just west of New Orleans and south of Lake Pontchartrain. 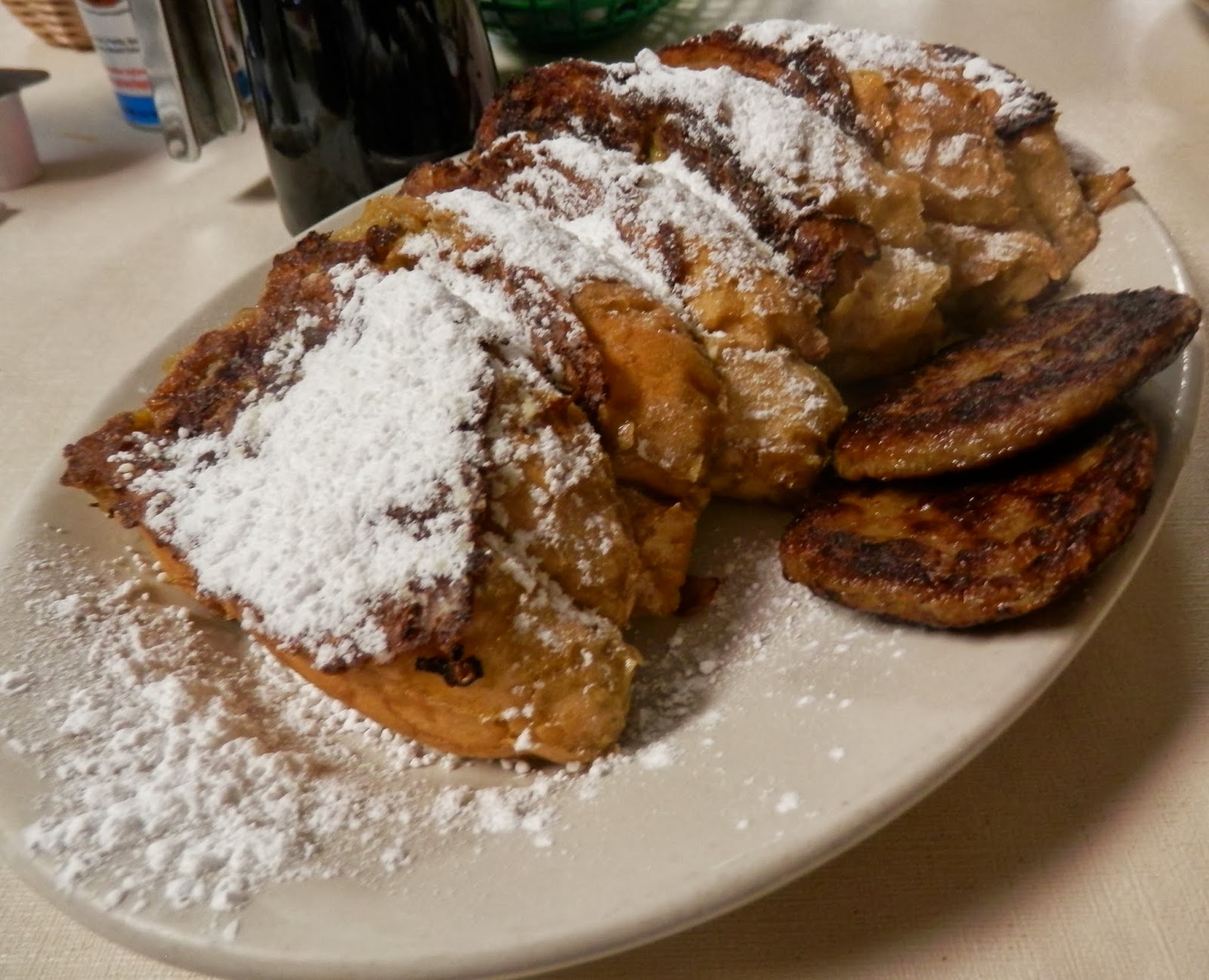 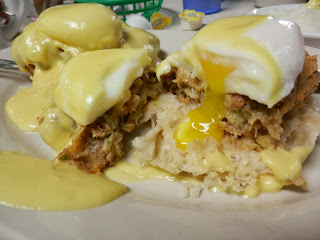 Not on the menu is this standing blackboard special, Crabcake Eggs Benedict.  It has all of the ingredients of Eggs Benedict, poached eggs - English muffin - hollandaise sauce, but with the Canadian bacon swapped out for crab cakes.  Only in the New Orleans area!  And typical of that area, there is only enough breadcrumbs in the cakes to hold the crabmeat together. 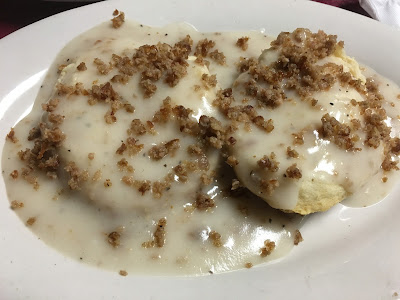 Here's a different take on this dish: the sausage is fried crisp before being added to the gravy. 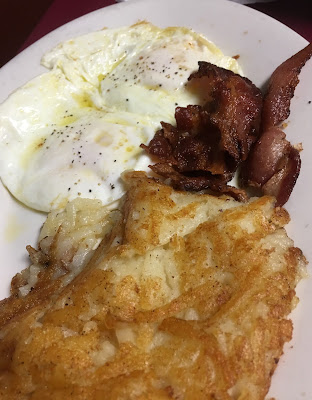 Eggs, bacon, & hash browns -- a typical breakfast plate.  Note that the toast is not shown. 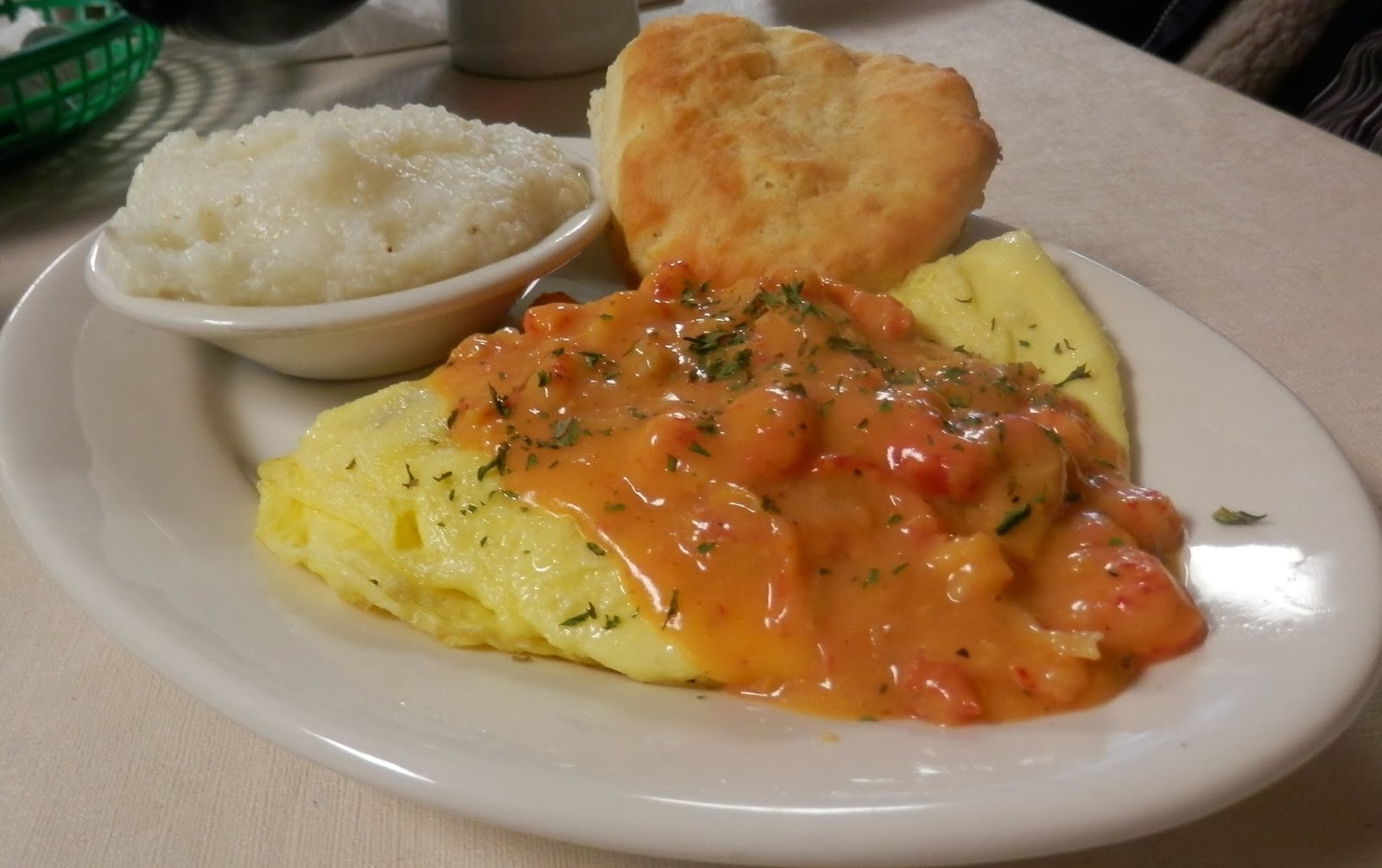 Ever see such a pretty breakfast sight in your life!  The sauce the crawfish were cooked in was awesome, and the dish goes perfectly with eggs.

And when they say big, it's big: pancakes, toast or biscuit, grits, hashbrowns, bacon, sausage, and eggs.  My dear friend Gerta would say, "Too much food!"  And it is, and I ate it all, and I was too full after.  Actually, one could share this breakfast.