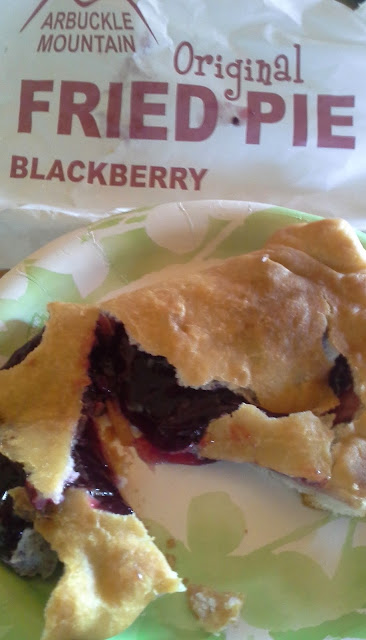 Look at the scrumptious blackberry pie.  The Arbuckle fried pies originated in the Oklahoma Arbuckle Mountains in the 1890s as the story goes.  The pies were fried up for ranch hands, and the turnover there at the ranch must have been slight because these pies over 100 years later are great.

This is their main store just off of I-35 at exit 51 on the west side of the interstate.  There are no blue interstate signs saying where it is, so trust me take exit 51 and go west on the cross road.  This place is open daily from 7 to 7.  It is one of nearly 25 locations throughout Oklahoma, Arkansas, Missouri, and Texas.  Go to http://arbucklemountainfriedpies.webs.com for more information on locations.


Look at All of those Fried Pies: 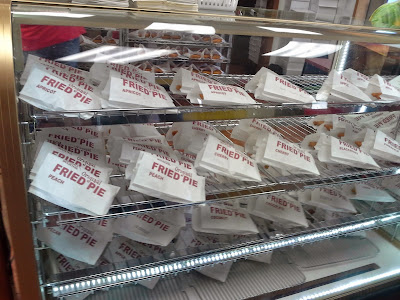 The flavors are numerous, but the quality is not just in the filling.  It's in the pie crust, and the crust has this homemade ranch/farm taste.  My guess is there is something the internist doesn't want you to have in this dough. 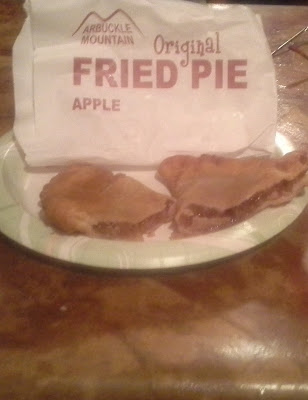 I picked up a bunch of these pies coming back from a Writers' Conference in Oklahoma City and hauled them to Texas.  The pies have been cut in half so you can see the innards.  The apple pie has what I believe to be a nutmeg spice added.  Really good! 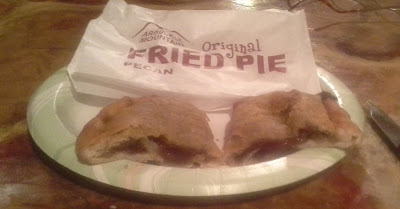 Pecan pie is one of my favorites and the one from Arbuckle's is really great.  These guys warm nicely in the microwave, though oven warming would be better for the more patient.  The pecan pie works well for road food. 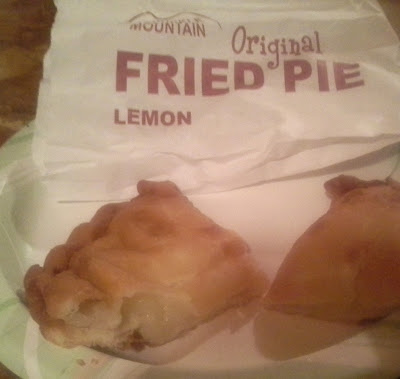 See that nice lemon cream in the pie.  I use a similar curd for a cheesecake topping.  Eat this pie with a large napkin.  And don't eat a lemon pie and drive! 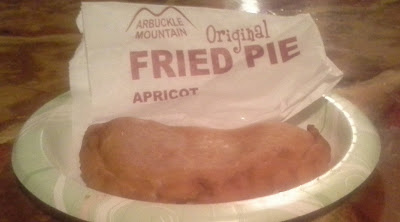 This pie wasn't cut in half for a photo shoot because I was brining it to a neighbor.  The apricot received great accolades. 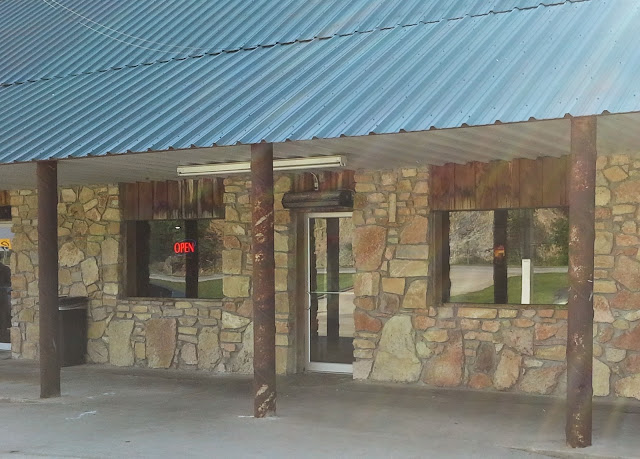 Posted by Unknown at 6:58 PM No comments: