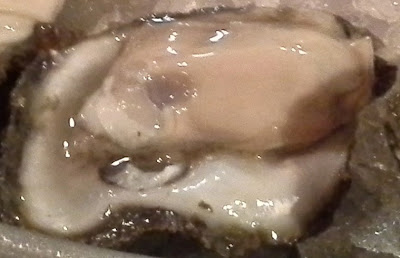 Great oysters in May?  Yes, but the restaurant has to have the right buyer.  And Kenner Seafood and Restaurant obviously does.  Good oysters generally run from September through April.

Kenner Seafood is an easy find.  Just take the Loyola Exit off of I-10 in Kenner, LA, just west of New Orleans.  Drive down Loyola Drive until you see the blue building on the right.  Get their early because parking can be a problem. 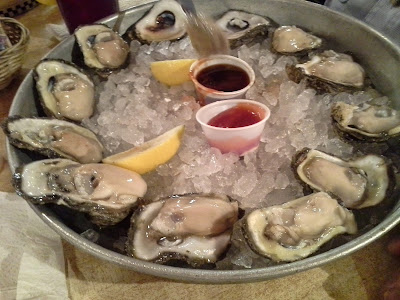 Must have been a special that day when I arrived with my Uncle Pete from Kenner and my cousin BJ from Austin.  Each of us had a dozen oysters to start. 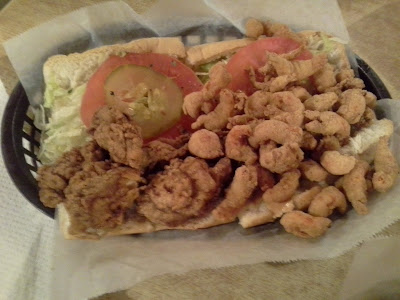 I had purchased a sandwich outside of Louisiana with a friend of BJ's and myself.  She remarked that the sandwich was small.  I told her that she lived in New Orleans too long.  Well here it is ... a New Orleans Po-Boy and it must be 8 inches long and 3 inches wide, all loaded with oysters and crawfish.

My Uncle Pete ordered an oyster po-boy and I ordered a crawfish one.  So he decided to have a crawfish one as well.  So I changed mine to oyster.  Then he changed his back to oyster.  I was getting ready to go back to crawfish so I would have more than one po-boy to blog when the waitress said that they could go half and half.  So he did. 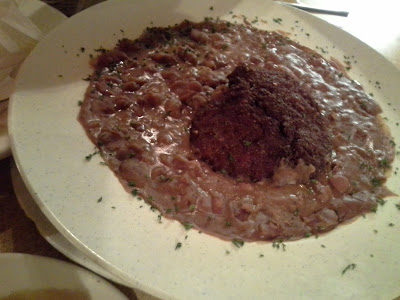 That hole in the middle of the red beans and rice is a Cajun sausage paddy.  BJ ordered this dish, a Monday special in the New Orleans area.  And it was Monday.  The taste brought me back home to the Big Easy. 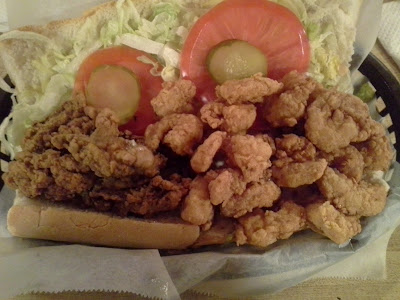 I was able to order a somewhat different sandwich.  Both the oysters and shrimp were fresh and fried to perfection.  It made for a great send off for me back to Texas. 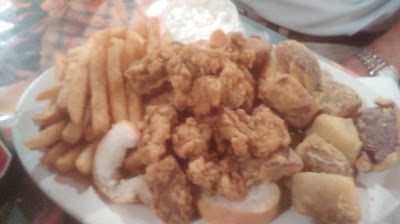 On a second visit, Uncle Pete ordered the fried oyster plate.  Look how perfectly fried those oysters are. 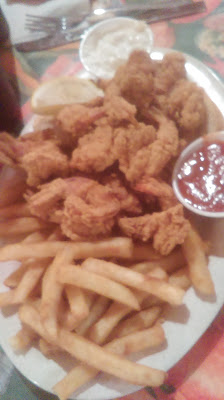 Pete's son Peter and his wife Susan shared the fried shrimp plate.  And this place doesn't skimp on the shrimp. 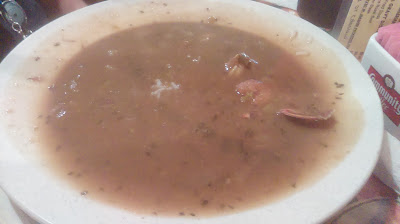 Peter also ordered the seafood gumbo.  Looks like it was made with a nice dark roux. 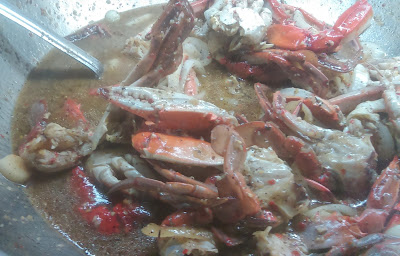 OMG!  Marinated crabs!  I took a photo of this dish on the way out of the restaurant.  No, they don't give you that much on a plate.  They're generous here, but nobody in the New Orleans area is that generous. 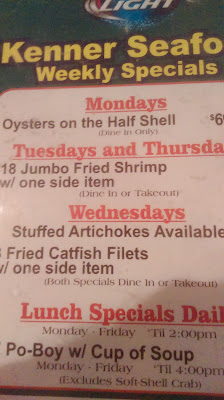 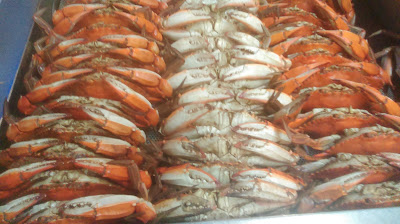 They have a case full of these.  My guess is that the boiled crabs will run from May through September.  Maybe April through October. 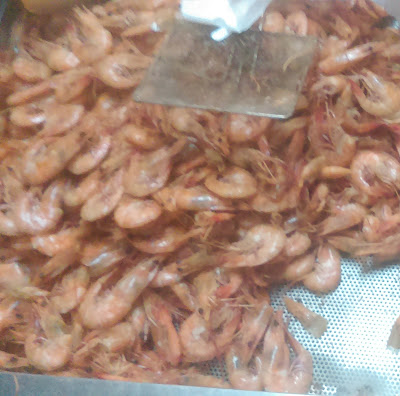 This is just half of the boiled shrimp they have on display.  My guess is that the shrimp runs year round, though they are best in the fall monte. 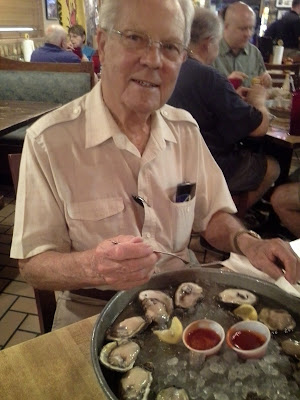 Thanks, Pete, for taking me to this great place for New Orleans style seafood.  I will be back here.