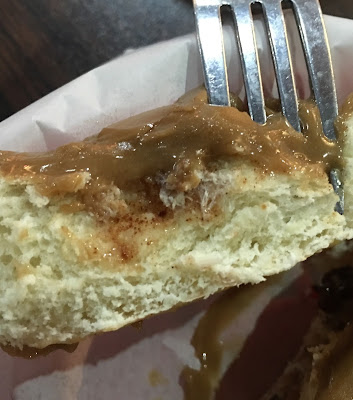 Look how thick that maple icing is on Ingrid's cinnamon roll!  Ingrid's is a German bakery which is also a restaurant.  My guess is that it started as a neighborhood bakery in 1977 and evolved into a full scale restaurant. 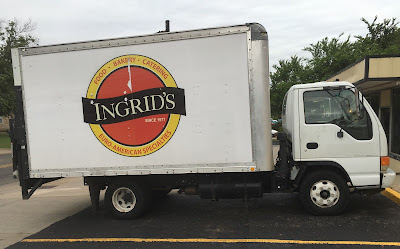 The best way to get to Ingrid's is to take Exit 123 off of I-44 and turn on to 36th Street.  If you are traveling West on I-44, turn left onto 36th.  If you are traveling East on I-44, turn right onto 36th.  Travel down 36th up past three traffic lights and look for the Ingrid's Catering truck on the left just before another traffic light at Young Street. 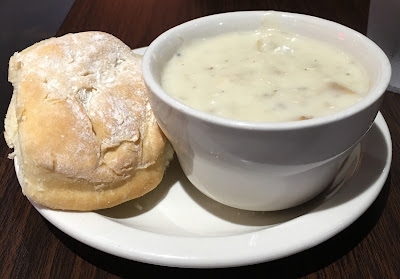 My guess is there's a German style to both the biscuits and the gravy.  It appears to me that the cream gravy is just that and has heavy cream in it.  The biscuits appear to be a cross between a northeastern cake biscuit and a fluffy southern biscuit.  Both are great. 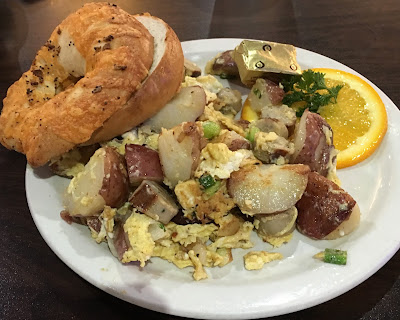 Scrambled eggs cooked with oven roasted potatoes and Nuremberg sausage.  Nuremberg sausage is a special bratwurst sausage from the city of the same name.  It is a much smaller sausage than the traditional brats.  Most of Ingrid's breakfast plates come with a choice of toast (nooo!), biscuits-n-gravy, or bagel of choice.  I chose an onion-garlic-cheese bagel because I wanted the garlic and onions to add to the flavor of the egg mix.  Good choice. 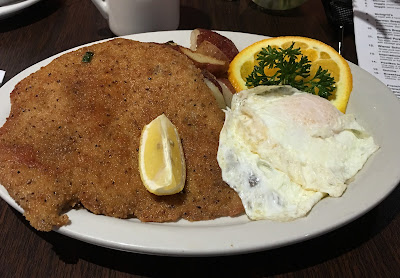 Where else, but in a German restaurant can you get Wiener Schnitzel for breakfast!  A pork loin cutlet, tenderized, and hand breaded.  Tenderized means that they beat a slice of pork flat with a wooden kitchen mallet.  The cutlet is then grilled and served with egg (your way) and choice of potatoes. 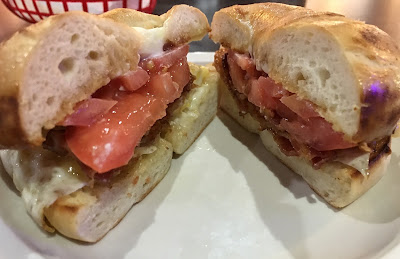 This is a great breakfast sandwich!  Bagel of choice (I chose plain.) with a hard fried egg, bacon, tomato, and cheese.  It comes with mayo, but you can opt out for butter. 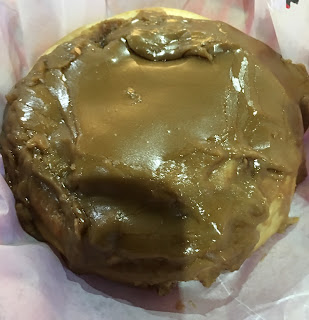 This should be a bucket list item for anyone who has a sweet tooth.  I can't even begin to tell you how rich this roll was.  Two of these, I couldn't eat.  Maybe when I was a kid.

If I ever get back, I'll try some of these items:
German Breakfast -- Broche roll, 2 slices each of ham, salami, and butter cheese.
Smoked Pork Chop -- Two eggs, potatoes, or bread.
International Plate -- Two eggs with bacon or sausage links or ham, potatoes, and a choice of bread.
Quiche -- three cheese, chicken-n-artichoke, spinach, or bacon.  My guess is that all have cheese.
Breakfast Burrito -- Egg with choice of ham, bacon, or sausage with green chiles and cheddar jack cheese.
Apple Cinnamon French Toast. -- Apple is baked into the bread!  You can get regular French toast here as well, but why? 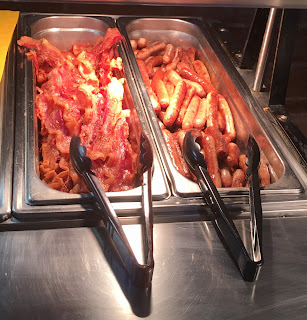 Sweet Rolls of All Sizes 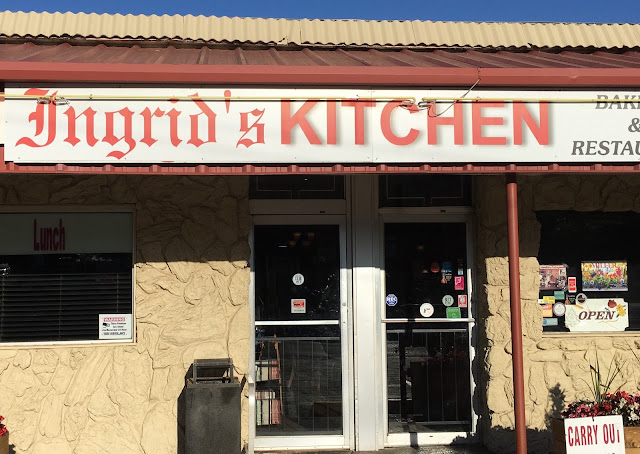 Ingrid's Kitchen is a bakery first with loads of breads, bagels, and sweets.  Below is a sampling of some of their sweets.  This would be a great place to work if you are 16.  I could have grazed all day in that display case when I was that age. For more information on Ingrid's go to www.ingridsok.com. 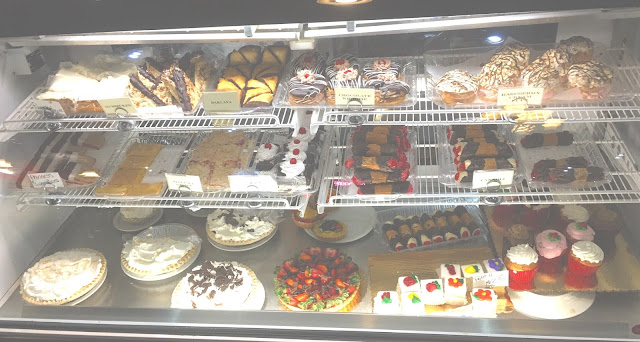