Addi's Diner of Springfield, OR 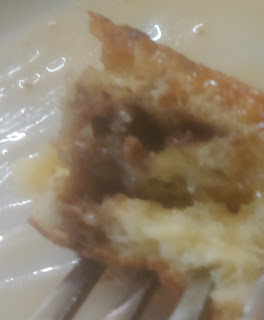 That dark stuff is the cinnamon inside of Addi's French toast.  This is really great stuff. 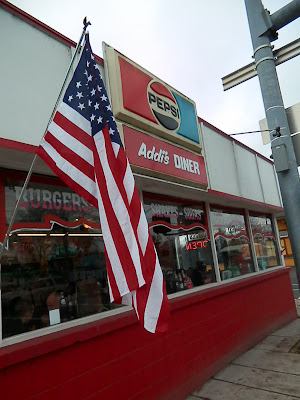 Addis is a block off Main Street in Springfield.  I don't know how the mom-n-pop restaurants survive here.  There are more than nine of them in the Main Street area serving breakfast, not counting the bars, delis, and ethnic restaurants.  The people of Springfield take good care of their restaurants, and my guess is that several from Eugene cross the corporate lines to help out. 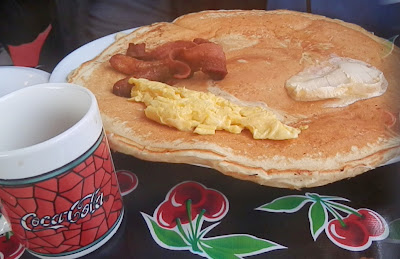 Addi's is home to the giant pancake.  Pictured above is my grandson's breakfast and that looks like a small one.  Their giant pancake varies in size and nobody complains because there always seem to be leftovers.  One of them had to be almost 18-20 inches diameter.  Man, that's family size.  How do they flip it?  My guess is that most of them are two forks wide. 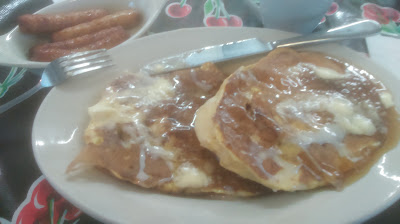 Somehow they make this huge cinnamon roll swirl, bake it, and slice it pancake size.  Then they egg-batter it and cook it again.  The French Toast is dribbled with icing and served. This is one of the best renderings of French toast that I have ever had.  I ordered four link sausages to go with it.  The pork in the sausages is really tasty and makes a savory companion to their cinnamon-roll French toast. 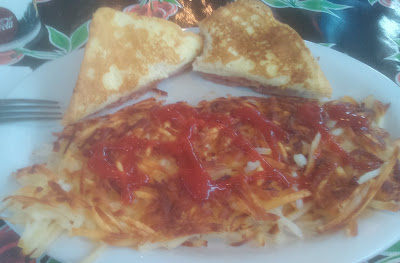 Their Whatchamacallit Sandwich is a Monte Cristo Sandwich in the swanky restaurants, many of which will sell it for double what you'll pay at Addi's.  And Addi's is just as good. Basically it is a hame and swiss melt that is dipped in egg batter and fried.  The flavor is rich, very rich.

Look at those hash browns.  Yes, they're brown, not white, the way I like them.  Need the hash browns to go in between the sandwich bites.  Their Whatchamacallit is too rich for me to eat one bite after another. 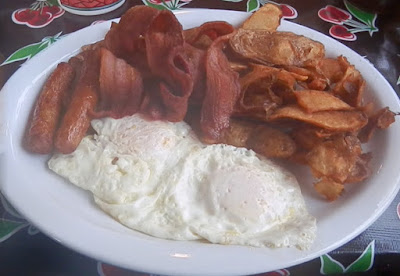 Thick Oregon quality bacon and link sausage, now that's a breakfast plate.  And look at those potatoes, slice thin and fried.  All that's needed is catsup. 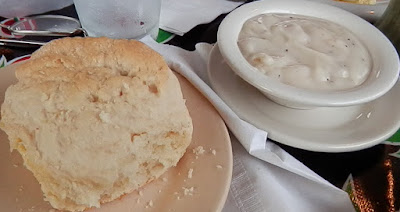 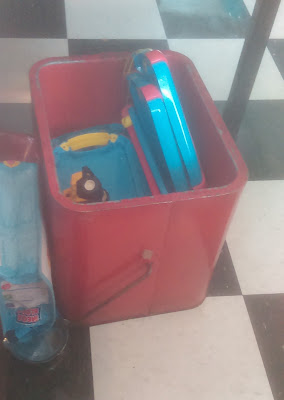 In addition to having giant pancakes and kid friendly food, Addi has a toy box.  If you're a kid, it doesn't get any better than this! 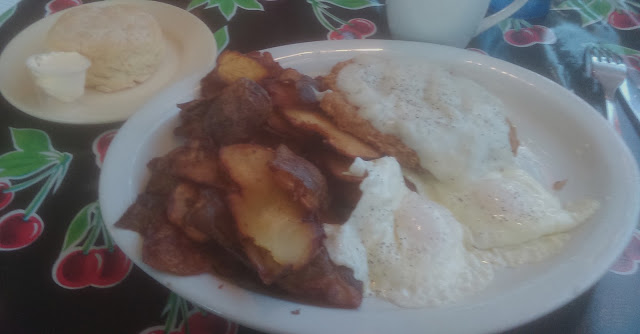 The chicken-fried steak here is delicious, flavored with salt, onion, and garlic.  This is better than most places.  It comes with a eggs anyway you want, a choice of potatoes, and bread.  I ordered their biscuit and eggs over-easy.  Also ordered potato skins.  Who has potato skins for breakfast!  Even bars that serve breakfast don't have this treat!  I took the leftover potato skins home and melted pepper-jack cheese on them for lunch.