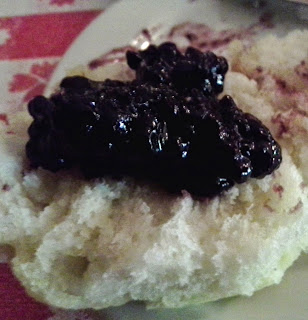 Homemade blackberry preserves on a Loveless biscuit.  Does that look good?  It was!  This place has petite biscuits, but the servers brings a plate of biscuits out as soon as they seat you, and they keep bringing them out as long as you want.  Unlimited biscuits -- I have never heard of this before. 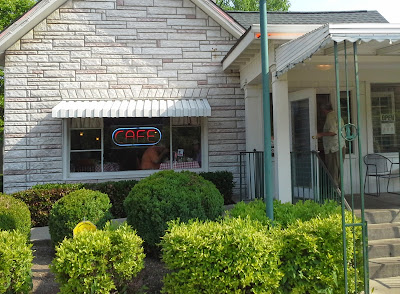 Loveless History Provided on their Placemat:
In the early 50s, Lon and Annie Loveless served travelers through their front door here, selling their biscuits and fried chicken.  Later, the couple converted their home into a restaurant adding country ham that was smoked, cured, and sliced on site (LIKE).  They added homemade preserves to the menu (LIKE).  The place later changed hands, but still produced the fried chicken, smoked hams, scratch biscuits, and homemade preserves. 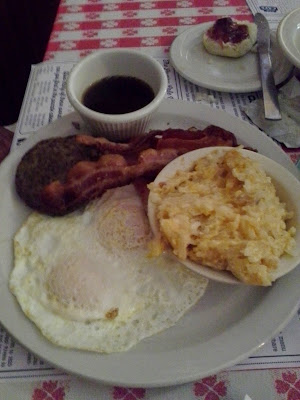 The city ham is sugar cured; the country ham, just smoked.  This dish comes with a huge order of cheesy hash-brown casserole with more cheese than Cracker Barrel ever dreamed of putting in its casserole.  It also comes with eggs, biscuits, and redeye gravy.  The Loveless redeye gravy is made with ham drippings, water, and a dash of coffee (See eleven o'clock on the plate).  If you haven't had redeye gravy, trust me, it's really good. 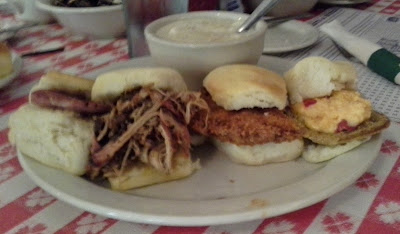 Look at that pulled pork biscuit on the left.  The pulled pork was great.  In the middle is a chicken biscuit and on the right is a fried green tomato biscuit with pimento cheese.  You also have country ham and Italian sausage as choices for your biscuit sandwiches. 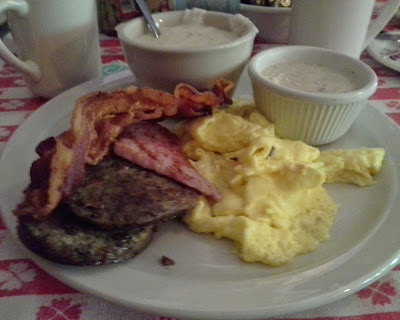 This was my choice: bacon, ham, sausage with eggs, grits, and biscuits.  I substituted the redeye gravy with sausage-cream gravy so you guys could see what it looks like (see one o'clock on the plate).

The Breakfast Bro at the Loveless Cafe & Motel: 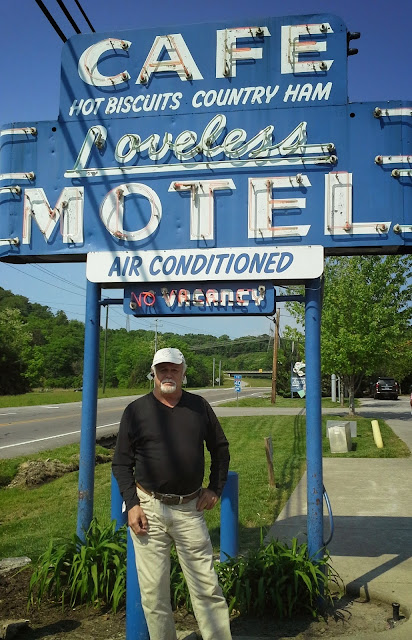 Loveless Cafe was great, but I don't know if I would want to stay at a Loveless Motel.  But others do, see the "no vacancy" sign above my head.