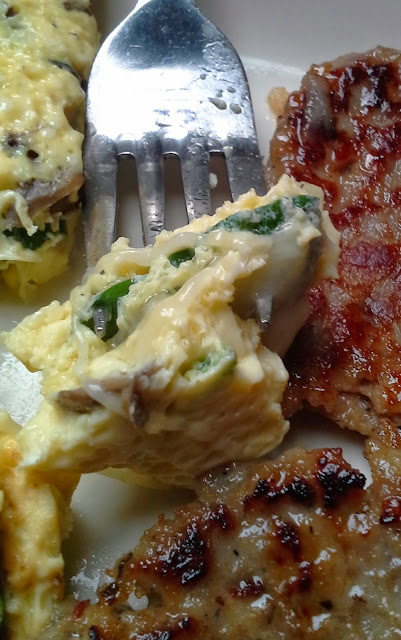 Scrumptious omelet at Ted's Bulletin.  This is a great place for breakfast or whatever in Washington, DC.  Went here in the middle of a road trip with my cousin BJ, now know as the Breakfast Cuz. 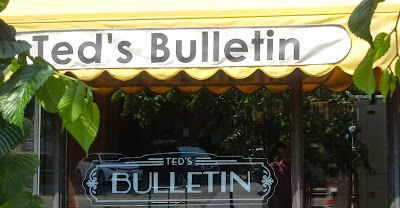 I don't give directions in DC because I don't know how to get around there.  But Ted's address there is 505 8th Street SE in DC.  And there is ample pay parking on the street.  There are four other locations: 1818 14th Street NW, DC; 220 Ellington Blvd, Gaithersburg, MD; 2911 District Ave, Fairfax, VA; and 11948 Market Street, Reston, VA.  Even though there are five locations, the food is as great as if there were only one.  For more information go to http://www.tedsbulletin.com.

Look at that sandwich ... griddles toast, fried egg, scrambled egg, sausage, bacon, and did I forget the cheddar!  And it comes with hash browns and they are brown.  Most restaurants serve hash whites or hash blacks.  Other Restaurants ... what part of the word brown do you not understand?  Hash browns are supposed to be brown!  Like at Ted's. 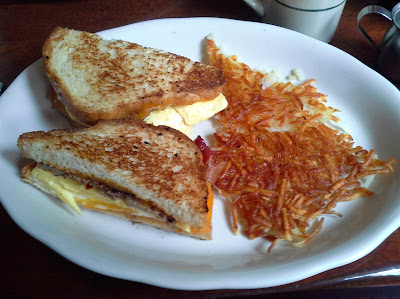 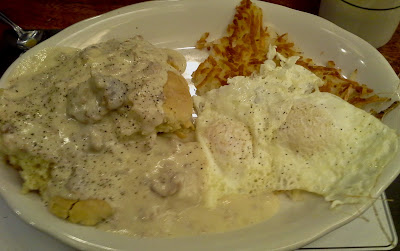 Nana's beer biscuits are cake biscuits made with beer.  The sausage gravy is thick and chunked with their homemade sausage.  This is a belly full of food. 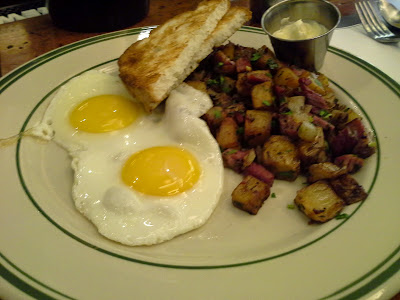 Yes, they make their own corned beef here.  And then they sauté it with potatoes and green onions. Then the dish is served with eggs and bread of your own choosing.  This is a gooood breakfast. 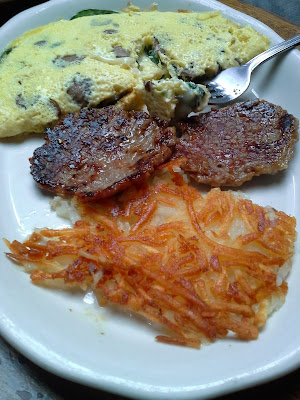 I don't know who Jon is but there is a great omelet who has the name: mushrooms, spinach, and swiss cheese.  And it's served with hash browns and a choice of meats.  By the way, they make their own sausage paddies which are flavored with maple syrup, Tobassco Sauce, and red pepper flakes.  Talk about good!  Ted's sausage paddies may be best ones that I have ever tasted. 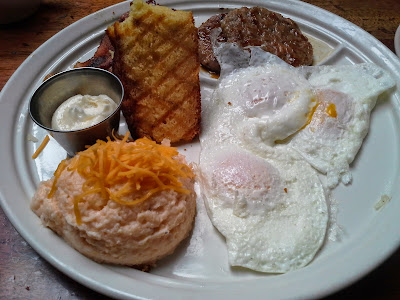 Corn bread for breakfast is great and so is Ted's corn bread.  The above dish has eggs, sausage paddies, bacon, cheese grits ... cheese in the grits and cheese on top of the grits. 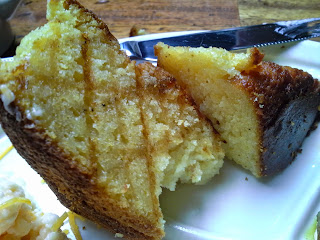 I haven't tasted Ted's pancakes yet, but one of DC's finest let me take a photo of his plate.  There were two other officers there and one had BJ's omelet and the other had something I hadn't had ... the burrito.   Thanks guys for sharing.

The Walk of Shame Breakfast Burrito: 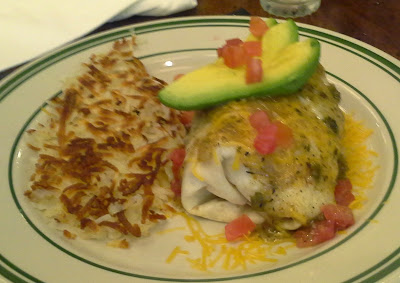 They should have this in San Antonio: marinated tri-tip  steak, scrambled eggs, cheddar, hash browns, green chile sauce served with that avocado and a side of hash browns.  Thanks officer for sharing this dish.  You know this is a great restaurant if the cops eat here. 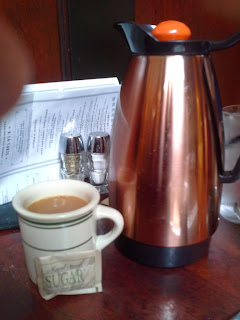 Ted's has good coffee, both regular and de-caff.  Most places don't have good de-caff.  See that sugar pad next to the coffee.  That's sugar in the raw.  Good coffee calls out for raw sugar. 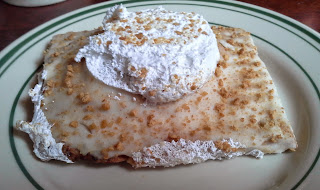 Ted's has several flavors of tarts, but the only one I want is the key lime tart.  See the bulge in the middle ... that's where the key lime filling is located.  I eat around the crust until all that is left is the part with key-lime filling. 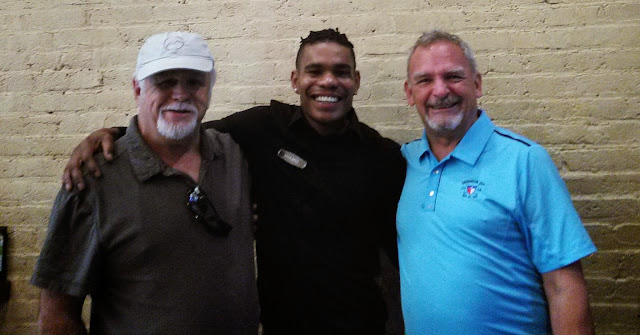 Me and BJ are standing on the outside, and Shamel is in the middle.  Shamel is this wonderful greeter at Ted's who makes sure you're happy when you get here and happy when you leave.  He takes care of getting us seated and makes sure we have had a great breakfast.  And he is truly glad to see all of his customers. 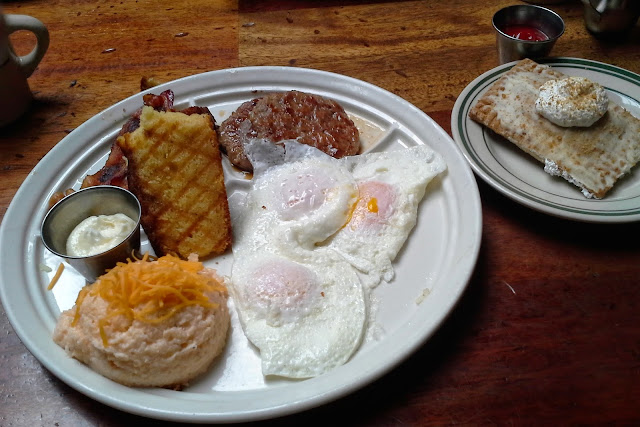 Don't know who Mark is, but this is his breakfast design: three eggs, two strips of great bacon, two homemade sausage paddies, hashbrowns/grits, bread, and a homemade key-lime tart.  I saved the tart for later.
Posted by Unknown at 9:40 PM