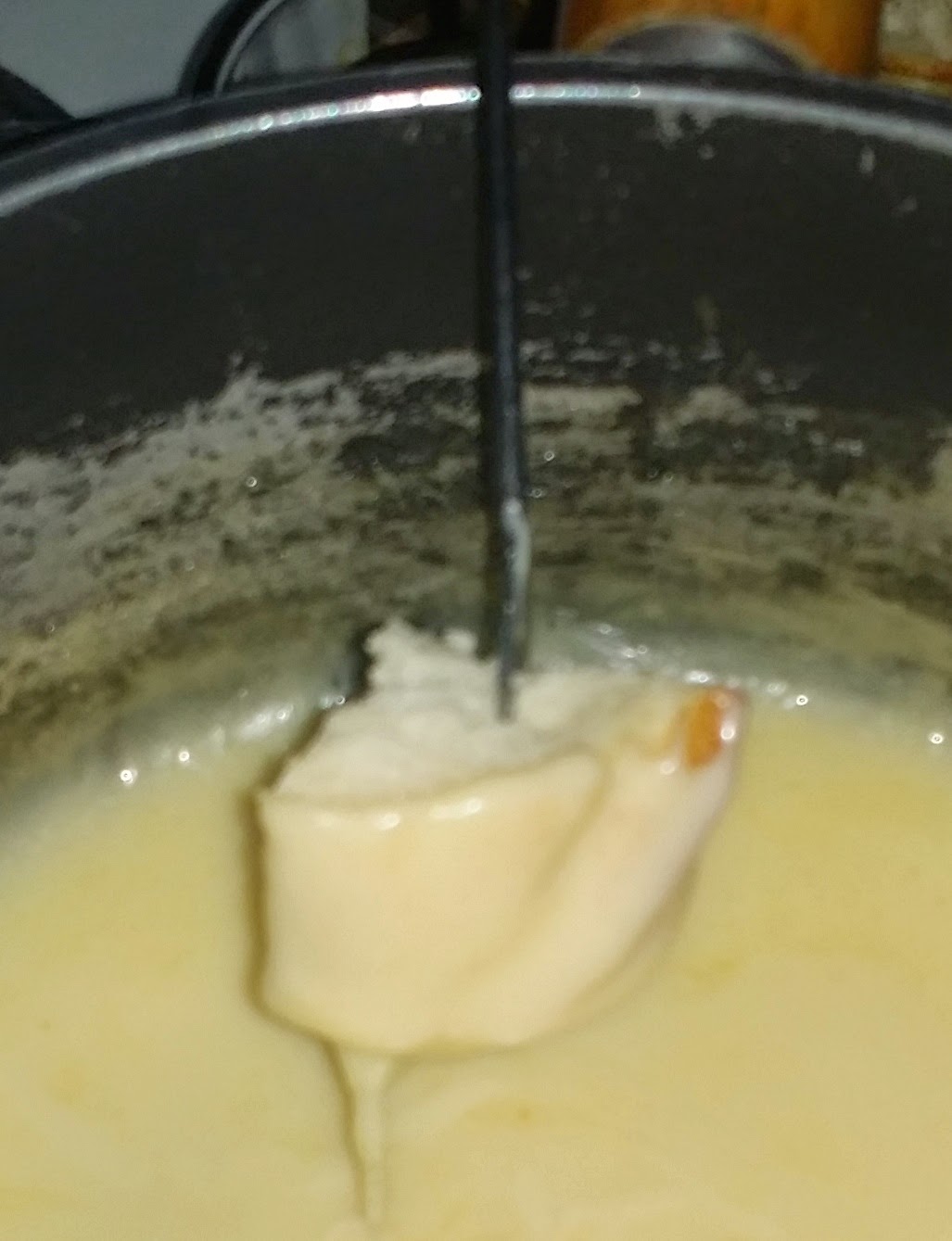 This is some of the best Swiss food outside of Switzerland.  Look at that bread dipped in melted Swiss cheese!  Thanks goes to my daughter Michelle and friends (Marisa, Sister Len, and Ningang Lou) for taking me here three times! 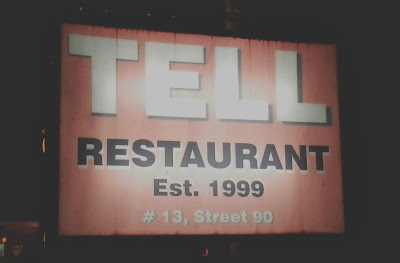 Yes, you have to go to Cambodia to eat here.  Cambodia probably has more restaurants per square mile than any city that I've visited.  The government encourages immigration (or is it emigration?) making the cuisine there quite cosmopolitan.  No directions, just ask a tuk-tuk driver and they'll get you there. 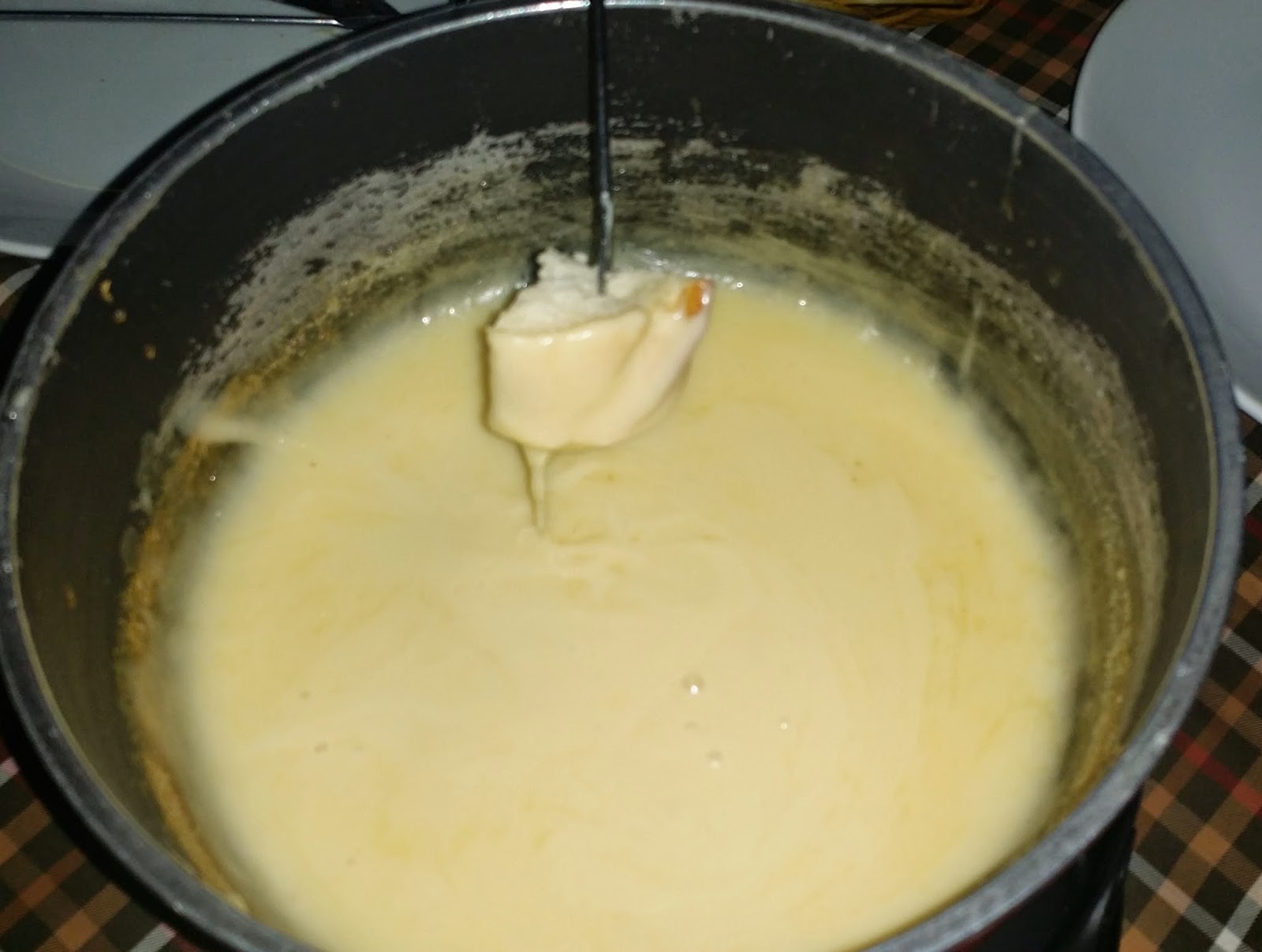 I finally made it back to Cambodia to Tell Restaurant to have their Swiss fondu.  Note that the cheese is not stringy.  The Swiss add white wine to the sauce which in effect changes the physical composition of the cheese so it is no longer stringy.  Put that on your pizza.  Here, Tell adds a little more wine than I have had before and I'm not complaining.  Also I could taste butter in the mixture.  This was really rich stuff. 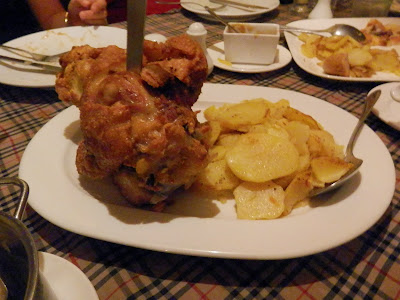 The pork knuckle (knee bone is my guess) is marinated and deep fried (no breading) and served with potatoes.  They bring the knuckle out for viewing and then cut it away from the bone.  This is NOT a single serving.  The custom in Cambodia is to share food, and I like that. 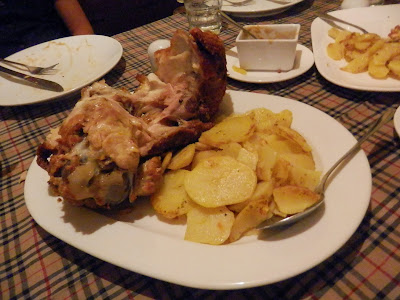 Here is a photo of the pork buckle after being cut from the bone.  Dig in! 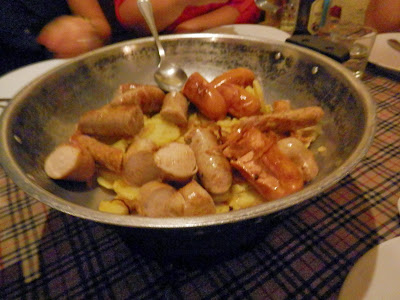 This is the wurst (pun) stuff on the menu.  Bratwurst of course, regular and smoked.  This place makes their own sausage from what I understand and it is great! 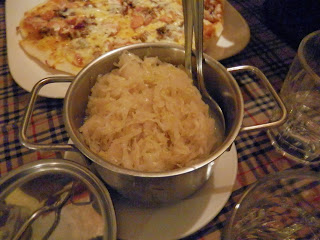 Stewed shredded cabbage in vinegar.  This stuff is populart with bratwurst. 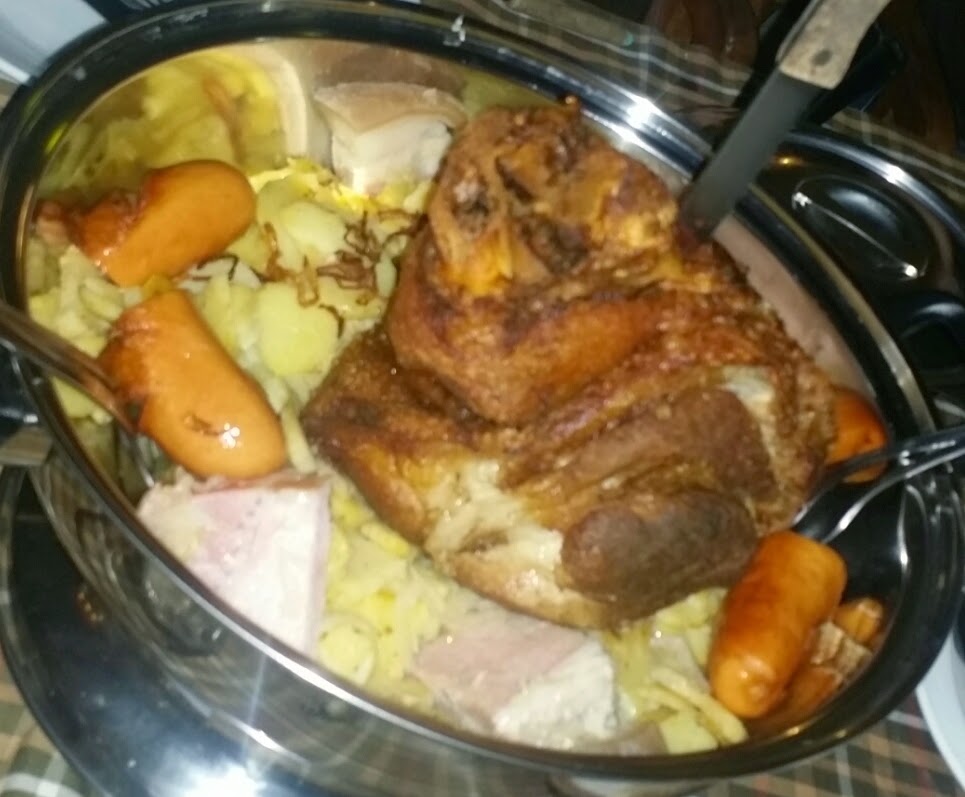 When we recently returned to Tell, the group was smaller, three adults and two children.  So we just had them put everything in the same warmer: pork knuckle, brats, and potatoes.   Yes, we had left overs and took them home with us.  And yes, I ate them.