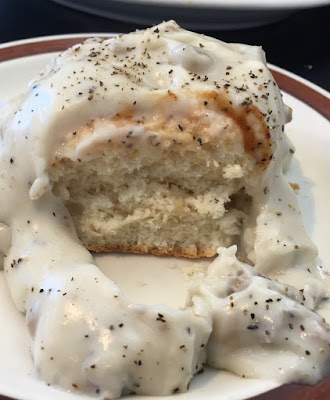 Biscuit at Vida's.  Vida's Cafe serves up a hearty breakfast seven days a week.  Country cooking at it's best in a bonafide country restaurant. 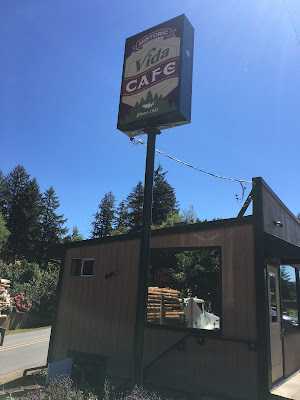 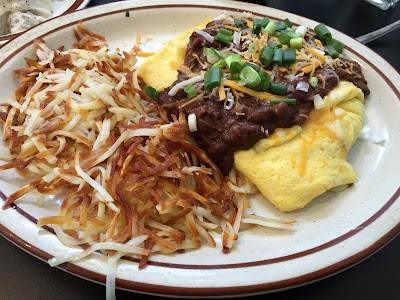 This was my first dish after a day of hiking in the woods with my son Adam.  A huge breakfast, but I was hungry enough to handle most of it.  Left some of those crispy hash browns.  The chili was with red beans similar to how my mother made it, lite on the tomato.  And there was chili inside as well as on top! 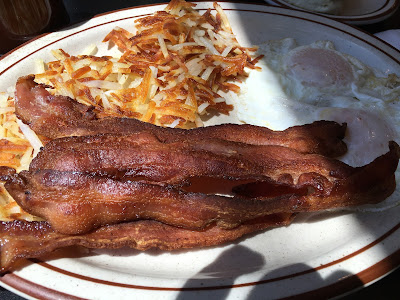 The egg plate is standard in Oregon ... lots of crispy slab bacon with eggs over easy and hash browns.   This plate comes with a choice of bread.  I'll show you that later.  Remember, bacon is better in Oregon. 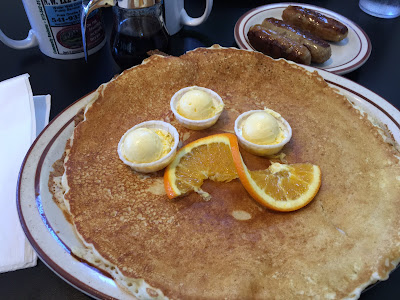 Case you don't know it, Oregon is logging country, and this pancake looks like it was sliced from a log.  Count the rings to see how old it is.  The logger must be a tough one to grill up.  Not only is it large, but it's not thick.  And someone has to flip this thing without breaking it.  Now that's a first class cook.  I loaded it down with butter and ate it with sausage until the sausage ran out.  Then came the syrup.

See the sausages below.  They have a slight red pepper kick.  And they're thicker than the usual links. 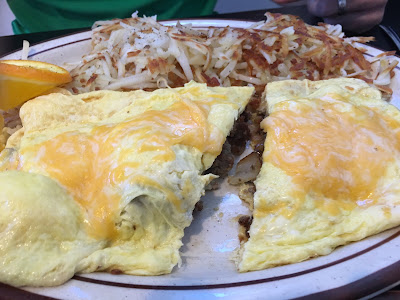 If my son hadn't ordered this one, I would have.  Pan sausage broken up and cooked crispy before being added into the middle of the omelet.  Must have been good.  Adam didn't share. 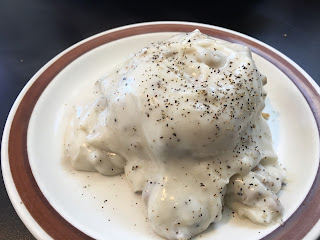 Vida's biscuit can come naked with butter or with country gravy added.  Vida's doesn't tell you, but the country gravy has sausage in it.  Not a lot, but just enough for flavoring. 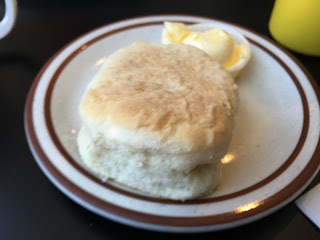 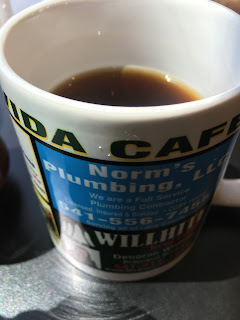 Not a thick coffee, but it has a robust flavor.  And the decaf is as good as the regular. 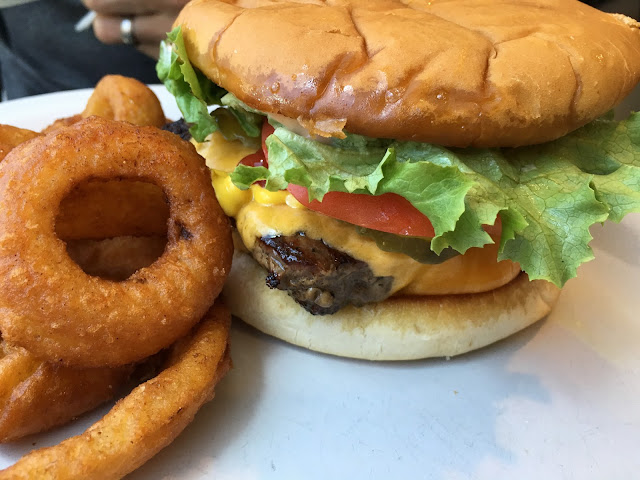 This is there ten-ounce burger.  They have a smaller one, but why?  Adam ordered it and didn't share again.  My guess is that it was good.  He turned back an empty plate.

Email ThisBlogThis!Share to TwitterShare to FacebookShare to Pinterest
Labels: breakfast, Vida Cafe of Vida OR