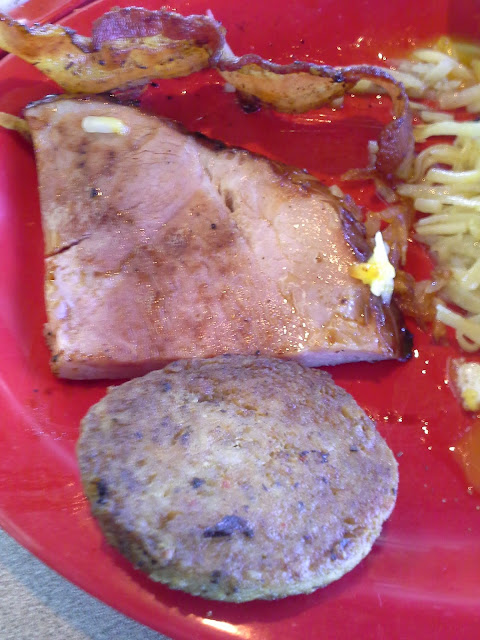 This is the meat sampler from their Breakfast at Large.  The ham is what I loved.  This is good stuff and not that bland processed ham.  All ham is thoroughly grilled before serving.  Note: there were originally two slices of bacon. 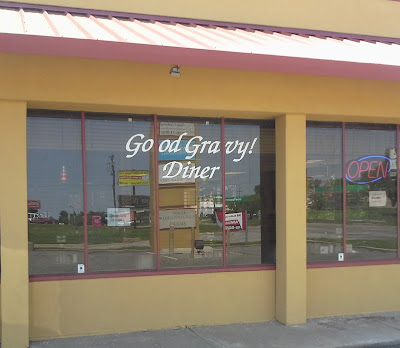 The Good Gravy Diner is located off of Western Street in Oklahoma City near I-44 East.  Just take exit #126 from I-44 and turn left on to Western Avenue.  After a short ride, Good Gravy will be on the right.  Come before 8 a.m. on Saturday and before church lets out on Sunday.  This place is closed on Mondays and Tuesdays so the employees and owners can have some family time. 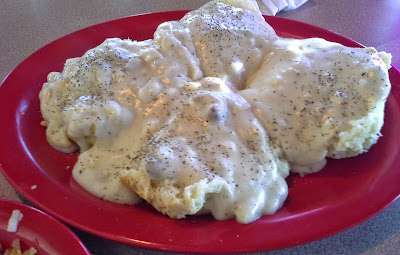 According to the waitress, there are two vats of gravy: one is sausage gravy, the most popular dish here, and the other is just white gravy for mixing with their other 46 flavors.  Did I say 46 flavors of biscuit gravy! 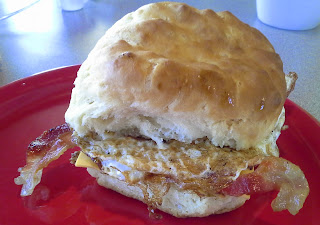 This was a great sandwich with fried egg and cheese on one of their great biscuits.  And yes, their biscuits are great.  Doesn't do any good to have 47 flavors of great gravy and not have great biscuits. 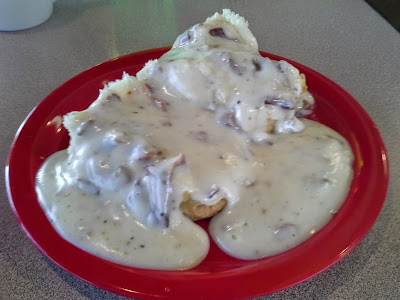 This is my favorite ... the sweet taste of maple syrup and bacon in the same gravy.  Pour that on top of a great biscuit and you have a great breakfast. 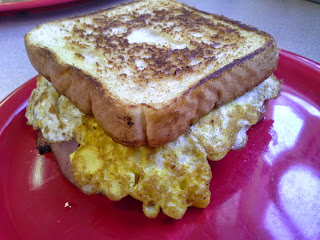 This may well have been one of the greatest breakfast ham sandwiches that I have ever had in my life.  It starts with great ham, then add fried eggs and cheese, and put that between two great slices of Texas toast. 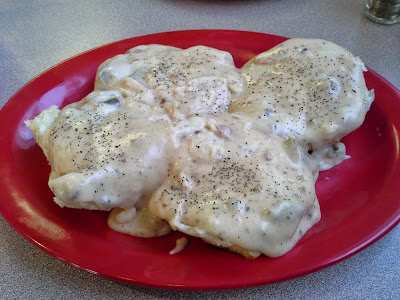 The restaurants in Texas should be serving up this dish: cream gravy flavored with jalapenos and chorizo sausage.  The chorizo gives the gravy a slight pink color.  Three cheers to Good Gravy for putting chorizo in their gravy and having Oklahoma edge out Texas on a great food idea. 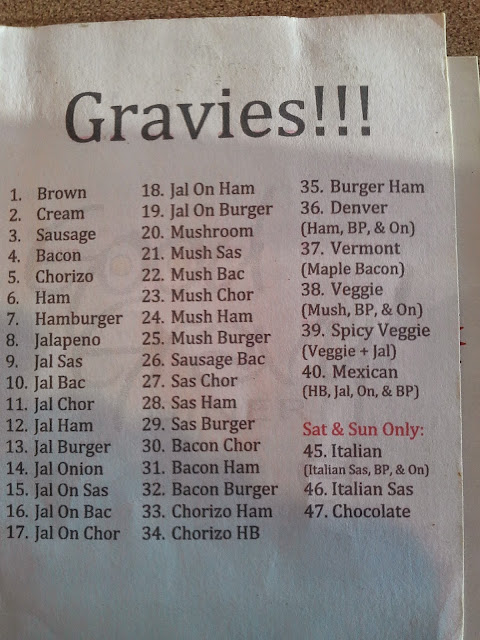 And Good Coffee As Well: 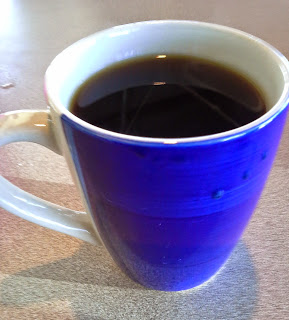 With all the other food items that are good-to-great here, Good Gravy has a good-tasting cup of coffee.

Ed got tired of corporate life and found a great restaurant for sale.  He tweaked some of the recipes, but kept most, and my guess kept the staff as well.  If the food is good then the cooks are good.  The wait staff is great.  I will return to Good Gravy on my next trip to Oklahoma City.

The Breakfast at Large starts with two biscuits and gravy of your choice.  It comes with two eggs, ham, two slices of bacon, and a sausage paddy.  Under the eggs are a mess of hash browns.  This place is one of the few restaurants that have crispy brown hash browns.  Why do the other restaurants out there don't know that hash browns are supposed to be brown!